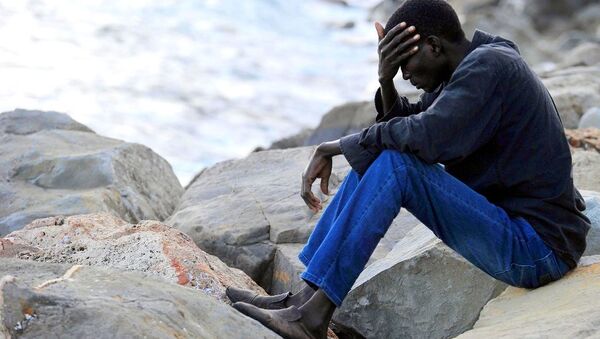 After its costly ten-year “introduction scheme”, only half of the targeted migrants have successfully entered the Norwegian labour market; this shortfall has been attributed to the low pay on offer in a country which otherwise boasts among Europe's highest average incomes and a mismatch between their qualifications and the market's expectations.

Between 2005 to 2016, the Norwegian state spent NOK 65.8 billion ($7.3 billion) on getting 37,000 migrants to work through the mandatory introduction scheme. In 2017, however, only 55 percent of them were employed, the newspaper Aftenposten reported.

According to a new report from Statistics Norway, the proportion of those who enrolled in work or studies increased in the first years before the growth levelled off and declined.

The purpose of the so-called introduction scheme is to “strengthen the ability of groups of newly arrived immigrants to quickly get into work or education”, which have been described as “crucial to community participation and financial independence”.

More than eight years after completing the introductory program, only 53 percent were employed (here meaning working at least one hour a week). Only 33 percent of the migrants worked 35+ hours, compared to 70 percent of the general population.

25 percent were long-term sick leave or on social assistance due to reduced ability to work, the report said.

Migrants from Somalia, Palestine, Iraq, Iran and Syria were at the bottom of the statistics, while their peers from Eritrea, Ethiopia and Myanmar were doing far better.

The problem, however, is that most of the migrants get low-paid jobs, becoming drivers, cleaners, salespeople or clerks. Many are over-qualified for their jobs, and neither they themselves nor Norway draws any benefit from the education they have from their home country.

“As many as 70 percent of men and 60 percent of women with a university or college education can be said to be over-qualified in their jobs, that is, they hold occupations which don't require a higher education,” the report said.

Researcher Kristian Tronstad at the Oslo Metropolitan University pointed out that migrants' education and qualifications often don't match with the demands and expectations of the Norwegian labour market.

“Many refugees gain a foothold in the labour market, but too few get a solid foothold. For Norwegians who are at work, the income level is significantly higher compared to those who are not at work and who receive social security. For refugees, the income disparities are not that great between these groups. This can help explain why integration into the labour market is slowing down,” he told Aftenposten.

A similar picture has emerged in neighbouring Sweden, where unemployment among those born abroad varies from 15.4 percent among educated newcomers to a whopping 33.7 percent among those with only a grade school education, according to Statistics Sweden. Furthermore, the process of entering the labour market is drawn out; it went from lasting two-three years in the 1980s to six-nine years in the 1990s and even more today.

A recent survey by Statistics Sweden indicated that only one in ten of the 163,000 immigrants Sweden received at the height of the migrant crisis is employed today, the newspaper Aftonbladet reported.