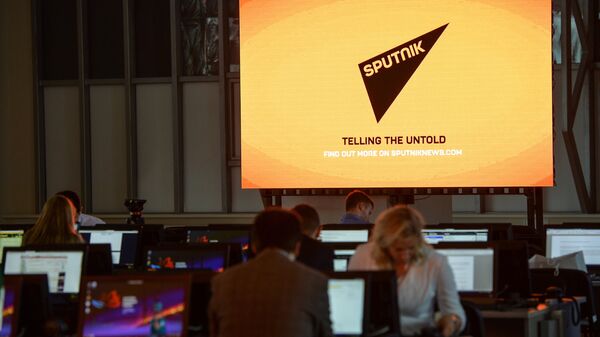 BRUSSELS (Sputnik) – The International Federation of Journalists (IFJ) expressed concern over the threats, received by employees of Sputnik Estonia, and called on Tallinn to respect freedom of media.

On Wednesday, the Rossiya Segodnya International News Agency said that employees of Sputnik Estonia had received letters from the Baltic country’s Police and Border Guard Board that warned they would face criminal prosecution unless they stopped working for the news agency by 1 January. The Estonian authorities cited the 2014 EU sanctions as a pretext for possible legal action. Sputnik and RT Editor-in-Chief Margarita Simonyan has already asked Estonian President Kersti Kaljulaid to not allow the journalists to be arrested.

“We are concerned by the current situation of Sputnik journalist in Estonia. Media professionals should be allowed to freely carry out their duties, without threats from higher authorities. We call on the Estonian government to respect press freedom, regardless of the journalists’ nationality,” IFJ General Secretary Anthony Bellanger said on late Thursday.

IFJ Vice President and Russian Union of Journalists’ Executive Secretary Timur Shafir described the threats to employees of Sputnik Estonia as a violation of the journalists’ rights and freedom of speech.

“The Estonian Police and Border Guard Board actions are a gross violation of the journalists’ rights and freedom of speech. The threat of criminal proceedings only for the fact of cooperation with the Russian media goes beyond all existing norms. What is particularly surprising is the fact that the majority of Sputnik Estonia office employees are Estonian citizens, so we can observe that the government applies repressive actions not only to the Russian media, but also to Estonians,” Shafir noted.

The situation was condemned by the Russian Foreign Ministry, which called it outrageous and called on international organizations and rights groups to react immediately.

According to Rossiya Segodnya, which Sputnik is a part of, the news agency is planning to urge the United Nations; United Nations Educational, Scientific and Cultural Organization; Organization for Security and Co-operation in Europe; Council of Europe; and European Court of Human Rights to address this unprecedented violation of the right to free speech and take measures to protect the right of journalists to work in their professional capacity.