France is Arming its Drones to Target Islamist Terrorists in Sahel 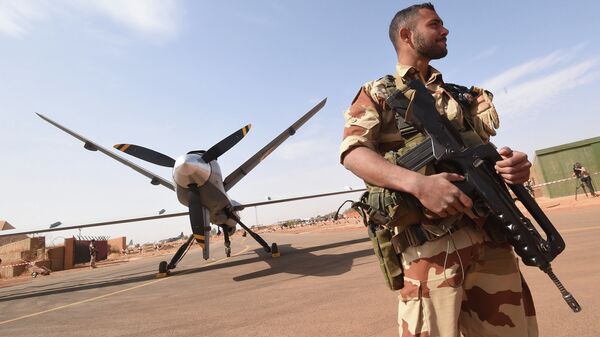 France is fighting terrorists in the African Sahel region where Islamist violence has been on the rise this year. France has already lost 38 service members in Mali, the country hit most by violence, since 2013 – and a third of those soldiers died in a helicopter accident during an anti-terror raid last month.

France will now start using armed drones to fight terrorists in West Africa, for the first time in its history.

Defence Minister Florence Parly confirmed on Thursday that the military had successfully carried out tests of armed drones from the Niamey air base in Niger.

France launched anti-terror Operation Barkhane in the troubled region of Sahel, south of the Sahara Desert, in 2014. As part of that mission, launched at the request of the local government as a follow-up to Operation Serval, France deploys a total of 4,500 troops in its former colony Mali and in the neighbouring Niger and Chad. It is the only nation with a permanent military presence on the ground in the Sahel.

The French military has already been flying unarmed US-built Reaper drones in the region for reconnaissance. They will now be fitted with laser-guided missiles to strike targets.

“This is a new capacity, not a change in doctrine. The rules of engagement of armed drones are exactly the same as for fighter aircraft,” Parly said in a statement, adding that “surveillance and intelligence” will remain the main missions of the drones.

Parly announced the decision to arm surveillance drones back in September 2017.

Drone warfare is a controversial practice which appears to be the future of wars. Armed unmanned aerial vehicles were first used by the United States in Afghanistan, and since then were deployed by many other states and, significantly, by non-state actors.

Human rights campaigners have questioned the ethics of drone warfare; the main argument is that separating remote pilots from the consequences of a drone strike takes responsibility away from them and this dehumanises the people they kill.

President Macron is visiting French forces stationed in Ivory Coast on Friday. He is also expected to meet with Niger’s president in Niamey on Saturday. Niger is part of G5 Sahel, an anti-jihadist network set up in 2014 with Burkina Faso, Chad, Mali, and Mauritania. 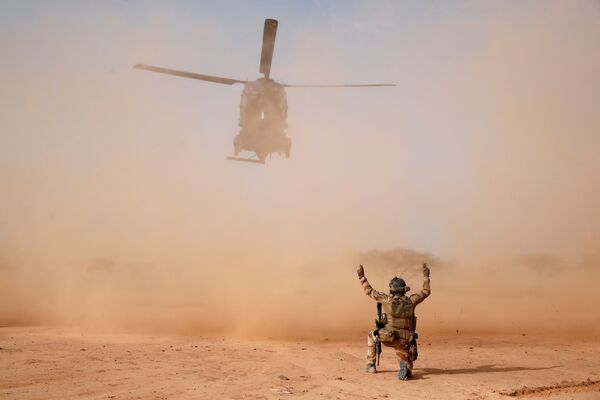 Violence escalated in the region following the Islamist revolt in northern Mali in 2012, leading to thousands of civilian casualties and forcing more than 860,000 people in Burkina Faso, Mali and Niger from their homes.

France and the Malian government prevented Islamist terrorists from overtaking the country, but have so far failed to put an end to the insurgency, which remains active in northern and central parts of Mali.

France will host a summit with G5 leaders in mid-January 2020 to discuss ways to combat terrorists in the region. The summit was supposed to take place this month but was postponed after Islamist militants last week killed 71 soldiers in an attack on a military camp in Niger close to the border with Mali.

In November, 13 French soldiers on a counter-terrorism mission died in a helicopter collision in Mali – France’s biggest single military loss in 36 years. The accident brought to 38 the number of French soldiers killed in the country since the intervention began in 2013; over 200 soldiers from regional African nations and international peacekeeping forces died in Mali in September alone, with dozens more killed in Burkina Faso.

Prior to that accident, French forces killed the head of Jama'at Nusrat al-Islam wal-Muslimin (JNIM), the Malian branch of al-Qaeda which is responsible for the majority of deadly insurgent attacks in the country. The terror group in response attacked Malian government forces, killing 54 people in a roadside bomb explosion at a military post in the east of the country.