Bells Should Ring for Freedom and Sovereignty 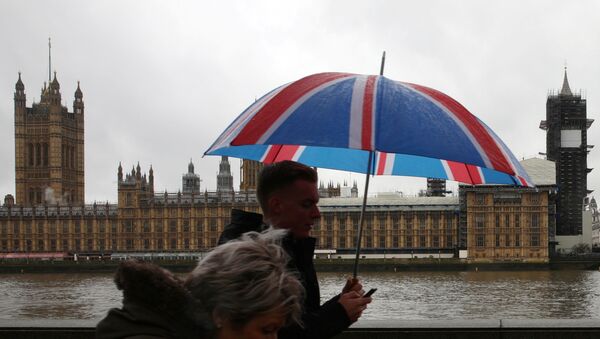 Jon Gaunt
All materials
Of course, the bells of Big Ben should ring out on January 31st. In fact, I would like to hear bells ring out the length and breadth of the UK as we get our country back. The ringing would signal the optimism we should all hold of just how great this country will be. It would be a superb metaphor for the new UK that Boris says he wants to create.

Compare Boris’s energetic and packed Queens speech yesterday with what we could have been listening to if Comrade Corbyn and his Toytown Trots had seized power last week.

Corbyn had a face like a slapped bottom yesterday and showed no grace or class as he morphed into a political version of Harry Enfield’s Stroppy teenager, Kevin at the state opening.

He started the day by angrily banging his car door shut on reporters. No longer the cuddly grandad image he has been peddling for weeks, and then blanked Boris as they walked together into the House. It was great to see his true colours and it made me laugh like a drain.

No joyous peel of celebratory bells will ring for Corbyn and Labour. Instead they just have the metaphorical tolling of the funeral bell on Corbyn’s career and the death of Labour.

So, let the bells ring out at the end of January for freedom, liberty and sovereignty.

Boris produced a Queens speech which was like a Christmas present wish list for most decent patriotic Brits and now we must all hold him to account and make sure he delivers it. With a majority the size of his there should be no broken manifesto promises and no prevarication.

His pledge to enshrine in law more spending on the NHS is brilliant and should put to bed the labour lies of him selling off the NHS. However, the money must be spent on staff and frontline services and not just disappear into the black hole of health funding.

Free hospital car parking was a brilliant add on as it is a disgrace that you need a second mortgage to park and of course it is a tax on the sick and dying.

However, the NHS needs radical reform if it is to stay free at the point of delivery.

Boris should remember it is a national health service not a world one and we should clamp down on health tourism and make sure we chase payment from foreigners for treatment as other countries do. Just try leaving the USA without paying!

I think he needs a 15-year plan for the NHS and as a starter for ten I suggest that we should be looking at charging for non-attendance at appointments.

On immigration I welcome him introducing an Australian points-based system but actions speak louder than words so I want to actually see the 62 illegals who landed at Dover this week on the six-o clock news getting the ferry back across the channel.

Of course, longer sentences for violent criminals, sex offenders and terrorists is a brilliant idea BUT let’s go further. Let’s have no early release, ten years should mean you serve ten and 20 should mean 20 and of course life should always mean life. More stabbings in London in the past few days clearly illustrate that Khan has lost control and we need to send out tough messages to these feral thugs.

The 20 thousand coppers he is promising again is all well and good but they will be of no use if they are mainly deployed to paint their cars rainbow colours and taught to dance with eco warriors in the street. At the moment the police are still Lions led by donkeys. Let’s stop worrying about hitting diversity targets and concentrate on cleaning up the streets. We need more Gene Hunt and less PC Policing.

I believe in the right of every man and woman to withdraw their labour but strikes that completely cripple the country must be addressed, so his introduction of laws to make sure, for example trains still run a skeleton service is bang on the money. But I want him to get tough on the Greta Thunberg wannabees who superglue themselves to pavements and disrupt London for days with their pink boats. They need washing off the streets metaphorically and literally as why should they be allowed to disrupt ordinary Londoners lives for weeks on end?

Boris’ initiative to protect our troops from the legions of leeching human rights lawyers making vexatious claims is really welcome. Our troops need more pay more protection and better housing not having to fight savages with one politically correct arm tied behind their back.

I was cheered to hear about a new treason law but hugely disappointed when it seemed to concentrate on getting spies from other countries to register rather than concentrating on the enemy within. We need a law of treason to deal with the morons who think they can sign on a Thursday, pick up their benefits and the very next day sign up to fight with the Islamic state. Anyone who leaves to fight for an enemy of the UK should immediately lose citizenship and if they dare to return they should be tried for treason. That is the treason law we need Boris!

However, Boris still seems obsessed with the Skripal affair. But I am still not satisfied with our Government’s ever-changing narrative to justify their immediate reaction that it was the Russians, Putin in particular, ‘wot done it’.

Putin along with Trump has congratulated Boris on his victory and now I want to see Boris to working on trying to re-establish good relations with Russia and stop peddling the lie that they are the enemy. I am afraid we have a much more terrifying enemy within that needs addressing urgently.

Another disappointment was the fact that despite leaks to the contrary there was no mention of reform to the BBC which of course is urgently needed but I am convinced that will be addressed once Boris has got his feet firmly under the table.

I don’t know if Boris will lead us to the promised land. I certainly don’t see him as a Messiah but when I consider the alternative futures proposed by Swinson or Corbyn and indeed the others who fill the Tory benches I am willing to get behind him for the moment and ride with him on his wave of optimism.