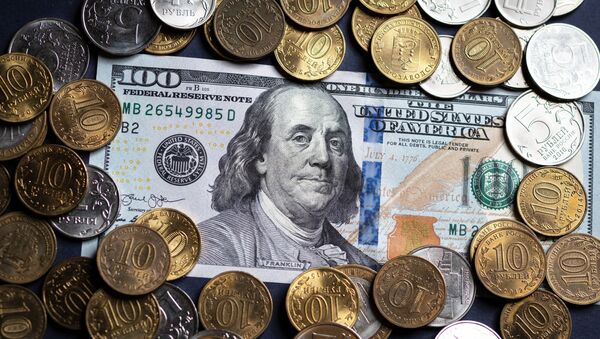 New Delhi (Sputnik): The previous Ranil Wickremesinghe government in Sri Lanka had approved a $480 million development assistance grant from the United States, claiming that the program would benefit the island nation's 11 million people.

The agreement, nevertheless, remained under intense scrutiny as opposition parties have been accusing the Wickremesinghe government of compromising the country's sovereignty.

The new Gotabaya Rajapaksa government on Thursday ordered a review of the ambitious project through which America had planned to counter Chinese investment in the island nation.

Sri Lankan minister Bandula Gunawardene, while briefing media about the cabinet's decisions, said a four-member committee had been appointed to study the agreement.

The government said it would not move the agreement to parliament until a four-member committee produces its report for the Cabinet of Ministers.

The program evoked widespread resistance since the beginning as people believed that it compromises the sovereignty of the country. Nevertheless, the United States embassy in Colombo reiterated that "it will not own or lease any land under this development assistance grant".

"Sri Lanka will oversee and manage all grant-funded projects throughout the implementation of the five-year grant assistance agreement," the US embassy in Colombo added.

Before coming to power, Gotabaya Rajapaksa had said he would "restore relations" with China if he was elected. Former President Sirisena had suspended several Chinese investment projects which were signed before 2015 during Mahinda Rajapaksa tenure.

Earlier this month, China and Sri Lanka agreed to speed up the implementation of major projects including the Colombo Port City project and the Hambantota Port venture. The two countries also agreed to draw up a "new blueprint" for future cooperation following high-level meetings between President Gotabaya Rajapaksa and Chinese special envoy Wu Jianghao.