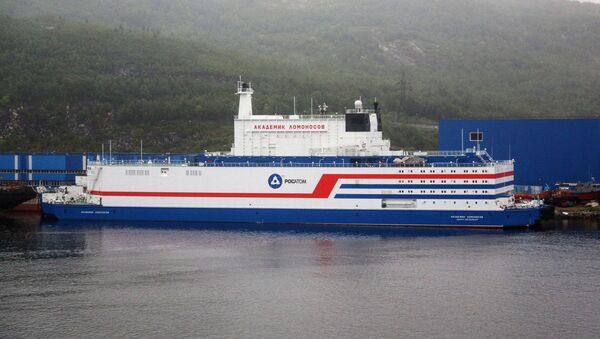 "On December 19, 2019, the floating nuclear thermoelectric plant (a project of Rosatom corporation) produced the first [portion of] electric energy to the isolated network of Chaun-Bilibino junction of Chukotka Autonomous Okrug in the city of Pevek," Rosenergoatom said in a statement.

The company added that Akademik Lomonosov would be connected to Pevek's heating networks and be put into industrial operation in 2020.

Akademik Lomonosov is designed to supply electricity to some of Russia's hardly accessible areas in the Far North and the Far East, and off-shore oil and gas platforms.