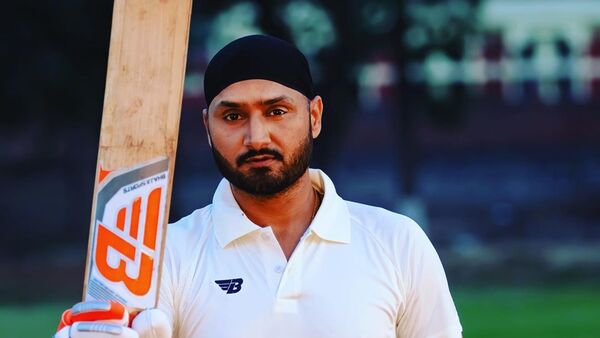 New Delhi (Sputnik): Veteran Bollywood actors in the recent past have emphasized that web series are the place to be today in the Indian entertainment industry. Famous Bollywood seniors like Dalip Tahil, Anupam Kher and Juhi Chawla have forayed into the world of web-series.

Following in the footsteps of veterans from tinsel town, cricketers don't want to be left behind in the space of over-the-top (OTT) content.

Known for his fast bowling skills, 39-year old former Indian cricketer Harbhajan Singh is now gearing up to debut in a web series for a YouTube channel in India.

The series titled “Thirukkural” is based on the life of a Tamil classical poet from the southern state of Tamil Nadu. Classical poems are aphoristic teachings on virtue, wealth and love.

Reports indicate Harbhajan’s looks match those of the poet Thiruvalluvar,  and his likeliness helped the show's producers zero down the final casting of the male lead to the sports legend.

The show is slated to be released in February 2020 on YouTube.

Harbhajan, who last played for India in 2016, is yet to retire from international cricket.

In his time away from cricket, Harbhajan fondly called “Turbanator” because of his bowling speed in India, also featured in some roles in famous Indian TV shows like “Roadies”.

In a bid to make a career shift from cricket to entertainment, Harbhajan will also star in a science fiction film titled “Dikkiloona”.

The cricketer enjoys a close kinship with Bollywood biggies and often shares sneak-peaks of star-studded B-town parties on his Instagram handle that has over 3.8 million followers.

Jab I met Simran @kajol my favourite 😍.. wish you all the best for your upcoming movie #HelicopterEela

Thank you to each and everyone of you for my 3M insta family..love you all..here is a 100 million dollars pic for you all with our legends who inspire us everyday to achieve our goals.. paji the great @sachintendulkar @rajinikanth Thalaiva 🙏