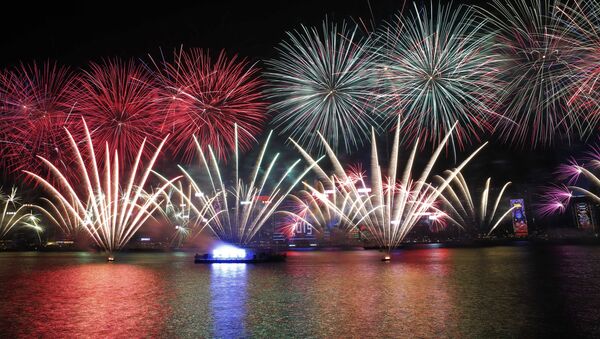 The Hong Kong Tourism Board (HKTB) announced Wednesday that for the first time in 10 years, the city will not have a fireworks display on December 31 over Victoria Harbor in celebration of the new year.

“The HKTB places high importance on public safety of all events it organizes,” the group said in a statement, as reported by Bloomberg. “In view of the current situation in Hong Kong, we have decided to adopt a new format for this year’s New Year Countdown event.”

Rather than the usual fireworks display, the HKTB has instead organized a "Symphony of Lights” light show above the harbor, complete with rooftop pyrotechnics from participating buildings.

The board also noted the unemployment rate for the city’s food and beverage industry has hit a seven-year high, and Hong Kong Airlines reported a 46% year on year drop in passenger arrivals, according to the South China Morning Post. Hong Kong government officials also recently announced the city had experienced a 56% drop in overall tourist figures when comparing November 2019 to November 2018.

In addition to the cancelation of the fireworks display, many shopping malls are expected to be closed during the holiday season following the recent targeting of centers such as Sha Tin’s New Town Plaza by demonstrators over the weekend.

Additionally, a “call-out” has been issued by radical protesters who intend to organize demonstrations at malls to further impact the economy and force the government to address their five central demands.