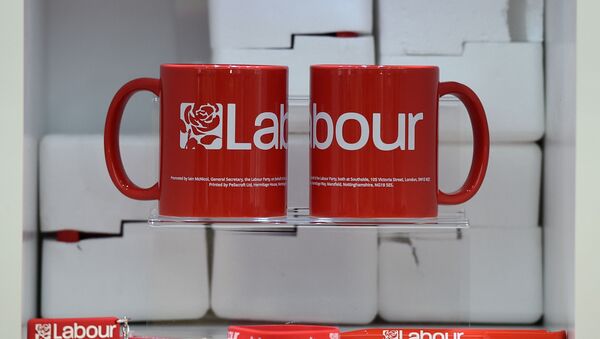 MOSCOW (Sputnik) - Over 70 percent of Britons now have a negative opinion of Jeremy Corbyn after the Labour leader led his party to their worst election defeat since 1935, a fresh YouGov poll revealed.

The pollster noted that Corbyn's personal approval ratings had dropped dramatically from -27 to -50 in the wake of Labour’s defeat in Thursday’s general election.

Prior to the election, 32 percent of Britons had a favourable view of the Labour leader, while 59 percent had an unfavourable opinion. After Labour lost 60 seats in the election, only 21 percent of Britons now hold a favorable opinion of Corbyn. The proportion of UK citizens with a negative view of the Labour leader has also increased, reaching 71 percent.

This most recent YouGov poll surveyed 1,628 adults in the United Kingdom from 13-14 December. The pollster noted that Corbyn experienced a surge in popularity prior to the election and that this recent decline was a return to form for the Labour leader.

Corbyn announced on 13 December that he would not lead the Labour Party into another election. The UK Labour leader has been heavily criticized for his contradictory attitude to Brexit, as well as failing to suitably deal with allegations of anti-Semitism within the party. He will remain in his post until the Labour Party elects a new leader. Angela Rayner, Rebecca Long-Bailey and Keir Starmer are potential candidates to become the new Labour leader.

In Thursday’s general election, the Conservative Party scored a historic victory, claiming their largest majority since the days of Margaret Thatcher. A number of constituencies in northern England and the Midlands voted for the Conservative Party for the first time in decades, as the Tories smashed what many have previously called Labour’s "red wall".