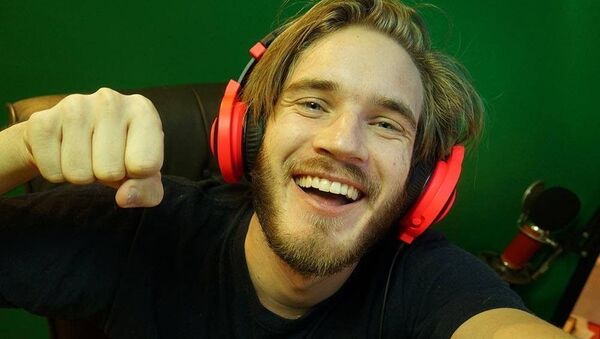 After leaving the video hosting platform that earned him his fortune, the Internet sensation has also purged his Twitter account. He retained his Instagram, however, where he still enjoys an army of 20 million subscribers.

PewDiePie, the first video blogger to reach the 100-million subscriber threshold, has quit Twitter in the wake of his bombshell exit from YouTube earlier last week. The 30-year-old online celebrity purged his account and unfollowed all accounts he once subscribed to.

His Twitter account used to boast a massive 18 million followers. Now just some 12,000 of his most dedicated fans decided to keep Pewds in their subscriptions, just in case.

Real name Felix Arvid Ulf Kjellberg, PewDiePie is the first solitary YouTube creator (not counting the T-Series music studio) to receive YouTube’s custom-made diamond “button” award for 100 million subscribers. Last week, he shocked the Internet by announcing that he would stop making videos to “take a break from YouTube” in 2020, saying he is “very tired” and promising to explain his shocking decision later.

“I do think it would be good for me to take a break at some point. It would be nice to not have YouTube in my brain for the first time in 10 years,” he said in a video posted earlier in August.

Seeing that PewDiePie deleted his Twitter, is taking a break from YouTube, and will probably not be back once he realizes how nice life is without the constant pressure on his back: pic.twitter.com/XZgf6bAFNm

Me: omg what a bug I can't see Felix's twittes

​In August this year, Pewds married his wife Marzia, another YouTube influencer from Italy. It is unclear – yet totally likely – whether changes in Felix’s personal life are the reason behind the surprising retreat.