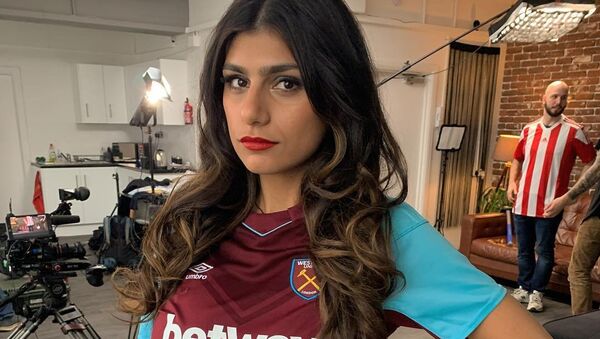 If this wasn’t so terrifyingly communistic, I would say they were lucky to not have to be subjected to an Arsenal match https://t.co/Q7fraGklQG

​Her comment referred to a decision by Chinese broadcaster CCTV not to air a match between Arsenal and Manchester City, after the Gunners’ midfielder Mesut Özil criticised Beijing for its poor treatment of the Muslim Uighur minority. China’s Foreign Minister Wang Yi said the athlete had been deceived by fake news and urged him to visit the Xinjian region, where the Uighurs live.
Commenting on Mia Khalifa’s post, netizens praised her trolling rant and sense of humour, although they noted that the banter was perhaps too sharp.

​Others found the post disgusting and told the young woman that humour is not her strong suit.

Still they killed your West Ham🤣🤣🤣😂😂😂

I gotta ask, do you think it's a manager problem with their form, players not playing their quality, or something else?

However, her popularity did not bring her huge profits. Recently, Khalifa revealed that she had earned only 12,000 dollars over the three months that she worked in the industry. She continues to remain in the spotlight, being very active on social media.