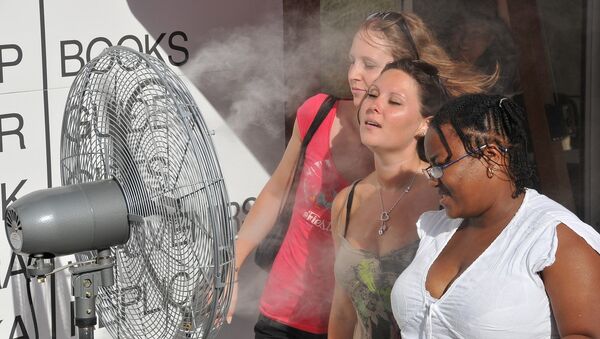 Authorities in the state of South Australia have issued a code red alert as the country continues to break temperature records with the mercury rising above 40 degrees Celsius. That’s just an appetizer as the country’s meteorological bureau has warned that the temperature may rise to 50.7 degrees.

A team of international scientists have discovered what could be behind deadly heatwaves that hit countries across the globe. According to a study published in the journal Nature, climate change researchers found a link between extreme temperatures and Rossby waves, giant meanders that warp air currents in a wave-like pattern and can be observed in the atmosphere as well as in the world's oceans.

The team of scientists analysed climate data from the past 40 years and found that when particular Rossby waves called – wave 5 and wave 7 - appeared in the Northern Hemisphere's jet streams, they sent hot air flow to North America, Europe, and Asia. The hot air, in turn, caused spikes in temperature making the weather extreme in different parts of the world.

These temperature fluctuations and ensuing heatwaves drastically affect agricultural regions, leading to crop failures. "In an interconnected world, this can lead to food price spikes and have impacts on food availability even in remote regions not directly affected by heatwaves", said Dr Kai Kornhuber, an Earth systems researcher from Columbia University.

"Two or more weeks per summer spent in the wave–5 or wave–7 regime are associated with 4 percent reductions in crop production when averaged across the affected regions, with regional decreases of up to 11 percent", the study says.

The team of scientists plans to study whether Rossby waves are linked to climate change or greenhouse gas emissions.
Scientists hope their findings will help the international community prepare for future risks as they predict heat extremes will become more severe. "Even if the frequency or the size of the [Rossby] waves doesn't change, the heat extremes linked to the patterns will become more severe, because the atmosphere as a whole is heating", said Dr Kornhuber.

According to the World Meteorological Organisation, heatwaves kill thousands of people worldwide every year. They also trigger secondary events like wildfires, which have scorched more than 3 million hectares of land in the United States over the last two years.