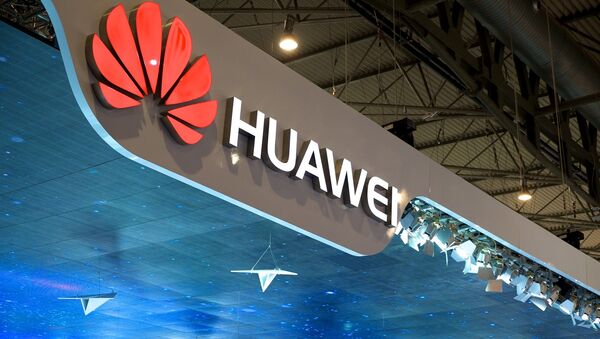 Demond Cureton
All materialsWrite to the author
The launch of the new facility aims at building bridges between the UK and Huawei on 5G cooperation, marking a further step in progress with European partners despite efforts from US president Donald Trump to block the company's expansion in the US trade war on China.

Huawei Technologies has launched its 5G Innovation and Experience Centre in London to boost collaboration with businesses and innovators to build 5G ecosystems globally, the company announced on Monday.

The centre will facilitate the Chinese tech giant's base for sharing 5G knowledge and skills to facilitate 5G cooperation across the UK via examples of how the rising technology can impact the lives of users across the UK and the world.

Visitors at the centre will gain firsthand experience of 5G technologies in interactive gaming and perform music with their favourite bands using virtual (VR) and augmented reality (AR), as well as learn more about future ambitions for 5G across sectors, including smart manufacturing and healthcare.

Vice-President of Huawei, Victor Zhang, said that opening of the 5G Innovation and Experience Centre in London would allow Huawei to take "another important step".

Mr Zhang said: "What we have opened today will enable true collaboration amongst UK businesses and technologists and showcase the huge potential of 5G applications for both the private and business sectors.

The news comes as Huawei reported higher than expected third-quarter results after signing over 60 commercial 5G contracts worldwide, including with carriers EE, Vodafone, Three and O2, among others.

The world's largest telecoms equipment manufacturer aims to speed up digital transformation across industry sectors such as public utilities, finance, transportation and electricity, totalling trillions in USD, the company said in a press statement.

Huawei's centre, based at Cocoon Global in London's iconic Shoreditch district, will host a livestream panel discussion on the future of 5G to mark the grand opening. The area is home to numerous tech startups in the UK capital's East End, where some of the world's leading technology firms share their ideas across cultures.

European companies and governments have been partnering with Huawei on building 5G despite accusations from the Trump administration stating the Chinese telecoms firm spies for its government, which both Huawei and officials in Beijing have repeatedly and sharply denied.

Despite the allegations, several massive gains have been struck across numerous European countries, including Czech Republic, France, Spain, Hungary and others, with the UK government considering to allow Huawei to build non-core 5G components. Huawei has also invested $3.1bn in Italy to bring 1,000 jobs over three years, following the launch of the Italian government's China Task Force in September.

000000
Popular comments
War is war.......
Rita Lamar
16 December 2019, 20:46 GMT
000000
Newsfeed
0
New firstOld first
loader
LIVE
Заголовок открываемого материала
Access to the chat has been blocked for violating the rules . You will be able to participate again through:∞. If you do not agree with the blocking, please use the feedback form
The discussion is closed. You can participate in the discussion within 24 hours after the publication of the article.
To participate in the discussion
log in or register
loader
Chats
Заголовок открываемого материала
Worldwide
InternationalEnglishEnglishMundoEspañolSpanish
Europe
DeutschlandDeutschGermanFranceFrançaisFrenchΕλλάδαΕλληνικάGreekItaliaItalianoItalianČeská republikaČeštinaCzechPolskaPolskiPolishСрбиjаСрпскиSerbianLatvijaLatviešuLatvianLietuvaLietuviųLithuanianMoldovaMoldoveneascăMoldavianБеларусьБеларускiBelarusian
Transcaucasia
ԱրմենիաՀայերենArmenianАҧсныАҧсышәалаAbkhazХуссар ИрыстонИронауОssetianსაქართველოქართულიGeorgianAzərbaycanАzərbaycancaAzerbaijani
Middle East
Sputnik عربيArabicArabicTürkiyeTürkçeTurkishSputnik ایرانPersianPersianSputnik افغانستانDariDari
Central Asia
ҚазақстанҚазақ тіліKazakhКыргызстанКыргызчаKyrgyzOʻzbekistonЎзбекчаUzbekТоҷикистонТоҷикӣTajik
East & Southeast Asia
Việt NamTiếng ViệtVietnamese日本日本語Japanese中国中文Chinese
South America
BrasilPortuguêsPortuguese
NewsfeedBreaking
06:06 GMTQueen Elizabeth II Picks Up Her 'MI6 Anti-Hacker Encrypted' Phone 'for Two People Only'
06:01 GMTFukushima Plant's Operator Starts Surveys to Prepare for Wastewater Dump, Reports Say
05:52 GMT'All Mouth and No Trousers': Boris Johnson 'Fed Up' With Priti Patel Over Migrant Channel Crossings
05:35 GMTFood Prices in Israel Much Higher Than in EU, Here's Why
04:46 GMTCOVID-19 Live Updates: Israel Closes Borders for Two Weeks Over Omicron Strain Fears
03:42 GMTHis Life, His Rules: Biden Spotted With Mask Down on His Chin While Inside Shop
03:28 GMTSouth Africa Laments Travel Restrictions, Calling Them ‘Punishment’ For ‘Excellent Science’
02:57 GMTGhislaine Maxwell Ready to Take Stand at Trial to 'Save Her Own Life' - Report
01:58 GMTMike Tyson Reveals Marijuana Makes Him 'Different Person' as He Launches New Cannabis Line
01:52 GMTConcerns About Spread of New Covid Strain Rise as Another Migrant Caravan Crosses Into US - Report
01:28 GMTMass Theft Occurs at Best Buy Store in Minnesota, Police Say
00:26 GMTTrump Keeps Mt. Rushmore Sculpture With His Face on It on Display in His Office
00:01 GMTA Glimpse of Hope: Biden Approval Rating Climbs 2 Points, But Still Scores Low on Economy - Poll
YesterdayAbbott Says Texas Is Ready For Possible Cold Winter Due to ‘Dozen Laws’ Signed
YesterdayBarnier Says France Has to 'Be Ruthless With the British' Amid Migrant Crisis - Report
YesterdayEx-Labour Leader Corbyn Slams 'Irrational' Suspension From Party One Year On
YesterdaySudanese Army Repels Attack by Ethiopian Troops With Casualties on Both Sides
YesterdayWHO Says No Need for Panic Over Omicron Coronavirus Strain as Much Remains Unknown
YesterdayBiden's First Christmas Tree Will Reportedly Cost Taxpayers $139,000
YesterdayMemes Flood Twitter After WHO Dubs New Covid Strain Omicron