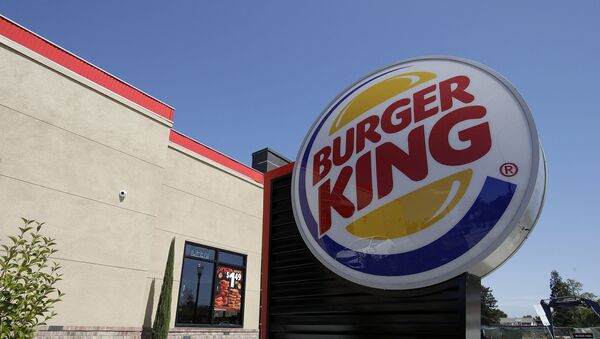 In a promotional campaign ahead of the release of the Star Wars: The Rise of Skywalker movie, the fast-food chain is offering a free burger to any customer willing to read out a cryptic 'Star Wars' spoiler out loud.

Burger King Germany teamed up with a Hamburg-based ad agency to create the promotion, according to The Hollywood Reporter. While actual spoilers for the upcoming film have been kept under tight wraps, researchers from a German film website sourced them from online blogs and spoiler posts – and made them as cryptic as possible. The spoilers are carefully phrased — “the young sword lady,” “the hairy roaring creature,” “the dead hooded villain” — so as not to violate copyright-protected characters.

“Whether the spoilers really correspond to the truth will ultimately only be revealed once the film is released,” Klaus Schmaing, director of marketing for Burger King Germany, told The Hollywood Reporter in an email. “We wanted to challenge people’s Whopper love and put it to the ultimate test by asking them to choose between their love for our flagship product and their love for the most epic sci-fi movie ever.”

Burger King even shot a commercial for the campaign in a specially designed “spoiler restaurant,” where revealing details of the new film were everywhere, from the names of menu items to writing on the straws in the soft drinks, and even the food packaging included sound chips that played spoilers out loud when opened.

The actual promotion, however, will not be as in-your-face and will reportedly require customers to access the Burger King app in Germany and read a ‘Star Wars’ spoiler out loud to receive a coupon.

The same Hamburg-based ad agency Grabarz and Partners had previously curated another film-related ambush campaign for Burger King earlier this year. For the release of the first “It” film, the restaurant chain threw some shade on fast food rival McDonald's by sending blood-smeared clowns to a special pre-premiere showing and filmed the audience's jump scare reactions before running the tag line on the big screen: “Never trust a clown.”