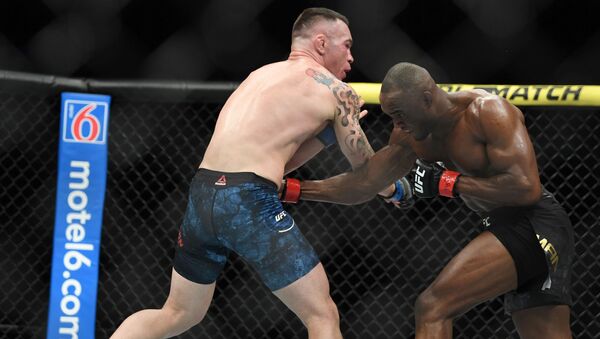 Covington, who had challenged Africa's first UFC champion in a bid to gain the welterweight title, was hospitalised after an initial check-up by the medical team confirmed the seriousness of the injury sustained.

A dramatic UFC 245 fight between Colby Covington and Kamaru Usman resulted in a bloody mess, as Covington was subsequently transported to a local hospital with a broken jaw following his defeat.

The ex-interim welterweight champion took a powerful blow from Usman at the end of the second round but continued the fight against the opponent despite the injury until a fifth-round technical knockout (TKO).

Mauled him in the 5th round with two knockdowns. pic.twitter.com/y1ghshaQNy

​​​Covington, however, was not happy about that decision, slamming referee Marc Goddard for stopping the fight and accused Usman of feigning injury.

Normally people do their fucking in the bedroom, not the octagon @marcgoddard_uk! I go in there to kill or be killed. You robbed me of that. You robbed the people of a fair fight. You should be ashamed of yourself. Fake nut shot. Fake eye poke. Fake stoppage. Fake ref. #ufc245