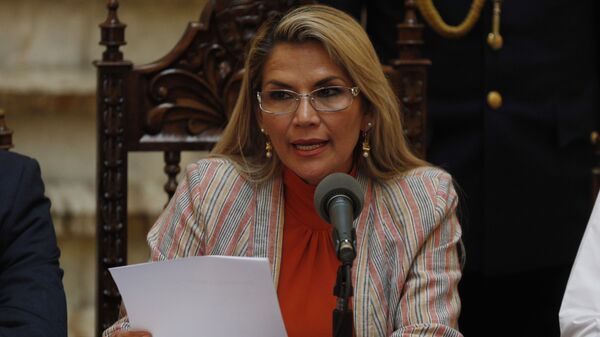 Earlier in the month, the nation's former President Evo Morales left Mexico for Argentina, after its President-elect Alberto Fernandez granted him political asylum.

The country's interim leader Jeanine Anez announced on Saturday that the Bolivian government will issue an arrest warrant in the days to come against ex-President Evo Morales, bringing charges of sedition against him.

"He can return whenever he wants. He left because he wanted to", Anez said. "The arrest warrant will be issued in the next few days, because we have already brought the charges."

In late November, Bolivia's current government filed a criminal case against the former president for accusations of inciting unrest and terrorist activities against authorities and rejected a bill to exempt him from criminal prosecution.

Morales left the country for Mexico amid violent protests against the results of a presidential election in which he secured a hotly-disputed fourth term in office.

Earlier in November, opposition lawmaker Jeanine Anez declared herself interim president at a special meeting in the Parliament despite not reaching the necessary quorum as lawmakers from the ruling Movement for Socialism (MAS) party were absent. Morales has characterized the situation as a coup.