Greta Thunberg Says She Needs Rest, Heading Back to Sweden for Christmas 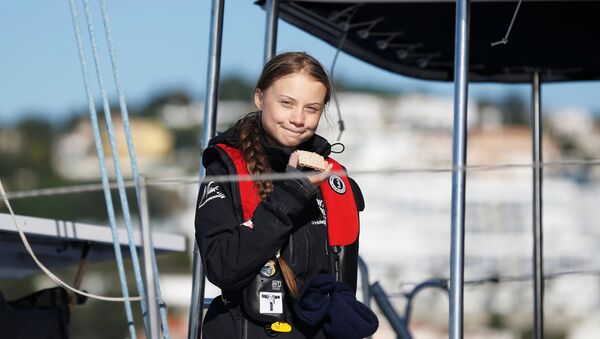 © REUTERS / RAFAEL MARCHANTE
Subscribe
International
India
Africa
The 16-year-old has been on a long journey across the globe to speak about climate change, during which she gave a speech at the UN and also met numerous celebrities, including Leonardo DiCaprio. Earlier this week, Time magazine named her Person of the Year.

Climate activist Greta Thunberg has announced she needs a rest, the teen told reporters in the northern town of Turin, Italy, on Friday.

"I will be home for Christmas and then I will take a holiday break because you need to take rest", she said. "Otherwise you cannot do this all the time."

Just after she was named Time's Person of the Year, Thunberg joined the students in Turin who were protesting on Friday to pressure the government to cut down on carbon emissions.

She also lashed out at the older generation, claiming they "unfairly burden the teenagers with the climate problems".

She went on to warn global leaders that they [the youth] are going to "put pressure on those in power" and "make sure that they will act and they will take responsibility".

In her speech at the UN Climate Action Summit in New York, Greta Thunberg accused world politicians "of stealing her childhood and her dreams".

Despite making such a fuss among both politicians and celebrities, the young activist was challenged by President Donald Trump in a series of mocking tweets, where he also advised her to deal with her anger-control issues, apparently referring to the teenager's overly passionate public speeches.

Thunberg seems to be affected by Trump's messages, as she regularly changes her bio on Twitter in response to the US president.

The 16-year-old became known to the public after she began skipping her classes to attend protests in front of the Swedish parliament every Friday in an attempt to pressure the authorities to implement more effective environmental legislation.