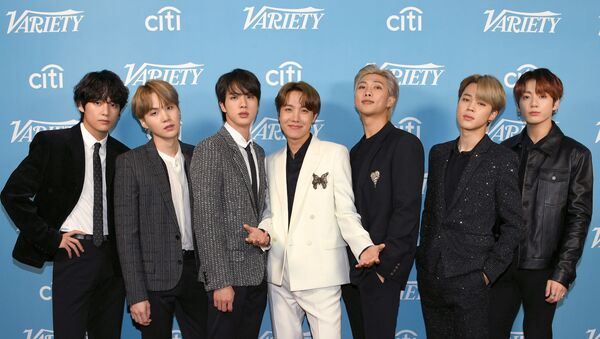 The main rival of the South Korean septet is British pop group One Direction.

Hashtag #BTSwins10s is trending worldwide with the number of tweets surpassing 1.55 million as Army, the official name of BTS' fandom, are trying to prove that the K-Pop boy band dominated the 2010's.

Guys we are ahead but not by much. Keep voting to make the gap bigger! Let’s prove who the best group is! #BTSwins10s pic.twitter.com/xvuQMJm79C

We can do it family everything for our boys 💜💪💜#BTSwins10s @BTS_twt
pic.twitter.com/ayNQDjzJYF

​On 12 December the media resource TYLT began voting for the best band of the decade in such categories as boy group, girl group, duo, pop band and breakout band of the decade. The voting has been ongoing for two days and BTS were nominated against One Direction. To cast a vote fans need to make it on to the main Tylt website and then to put hashtag #BTSwins10s in their tweets, to get additional votes.

​South Korean boy band BTS, also known as the Bangtan Boys, debuted in 2013 and has been called a "K-pop phenomena", as the group was able to make a breakout from K-pop music and earn thousands of fans all over the world. The band has sold millions of albums and is the first Korean act to top the Billboard 200.

English-Irish boy band One Direction, also known as 1D, was formed in England in 2010. The group has won nearly 200 awards done four world tours, and is the second highest-earning band under 30, according to Forbes.