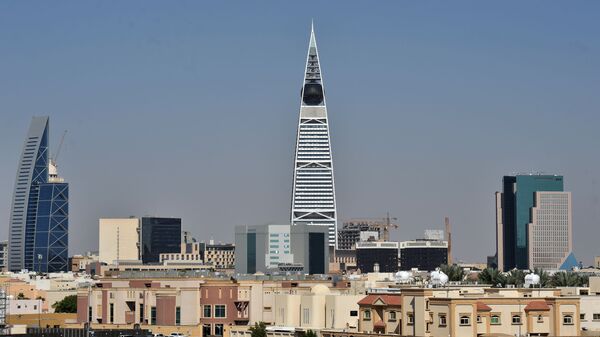 Ilya Tsukanov
All materialsWrite to the author
Tensions between regional rivals Iran and Saudi Arabia reached their worst level in years in September after Yemen’s Houthi militia attacked two Saudi Aramco facilities, temporarily crippling about half of the Kingdom’s oil output. US and Saudi officials accused Iran of culpability in the attacks. Tehran forcefully denied the claims.

Saudi officials are engaged in 'quiet', behind-the-scenes diplomacy with their Iranian counterparts amid fears that growing tensions between the two countries could pose a threat to the Kingdom’s economic stability, The Wall Street Journal has reported, citing anonymous Saudi, European and US officials.

One Saudi official told the newspaper that the attempt to normalize relations is a result of the September 14 attack on the Saudi oil facilities, which the official chracaterised as a “game-changer” in Riyadh’s calculations on regional security.

A second Saudi official added that amid the country’s effort to launch an initial public offering (IPO) for Saudi Aramco, its national oil company, a conflict with Iran could threaten oil exports and scare away much-needed foreign capital and technology, hence the need for negotiations.

Saudi and Iranian officials have made no official comment on the WSJ's reporting.

In the wake of September’s drone attacks, which temporarily suspended the production of some 5.7 million barrels in Saudi oil output, Riyadh and its US allies accused Iran of carrying out the acts of sabotage. Iran denied the claims, and urged Riyadh to work on increasing security by working with its neighbours, and “not to trust the US” so much.

On Tuesday, following a UN investigation into the September 14 attacks, UN Secretary General Antonio Guterres told the Security Council that the international body was “unable to independently corroborate” that the missiles and drones used in the Aramco attacks were “of Iranian origin.” 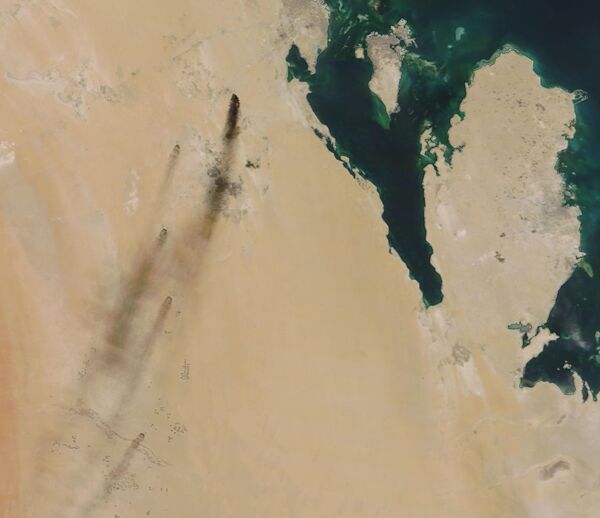 A senior US official confirmed to WSJ that in addition to Iran, Saudi officials have also been holding secret talks with the Houthis – the Yemeni militia group which a Saudi-led coalition has proven unable to defeat after nearly five years of fighting aimed at restoring the southern Arabian country’s ousted government.

“Realpolitik has set in,” the official said, noting that Riyadh has realised that it must “pare down on the challenges they have on multiple fronts.”

Saudi Arabia and a coalition of mostly Gulf allies launched a military campaign in Yemen in March 2015, but have had difficulty dislodging the Houthi militia from their positions. In recent years, the Houthis have launched dozens of drone and missile attacks against targets inside Saudi Arabia itself, targeting everything from airports and military bases to population centres. 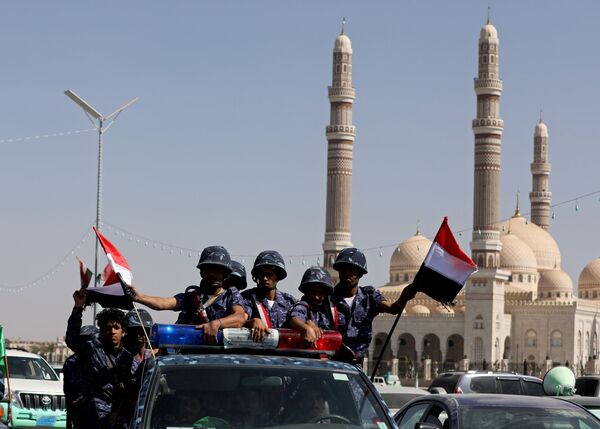 Houthi police troopers ride on the back of a patrol truck in Sanaa, Yemen November 5, 2019
© REUTERS / Khaled Abdullah

Iranian officials have repeatedly indicated a willingness to hold talks with their Saudi counterparts. In October, Foreign Minister Mohammad Javad Zarif said Tehran had “no choice” but to “talk to” Riyadh, either through intermediaries or directly, because of the countries’ status as neighbours. Pakistani Prime Minister Imran Khan previously offered to serve as mediator in any talks between the two powers.

In September, at the UN General Assembly, Iranian President Hassan Rouhani proposed a so-called ‘Coalition of Hope’ initiative, envisioning increased security cooperation between Iran and other countries in the Persian Gulf region, including Saudi Arabia, while keeping so-called “outsiders” such as Israel and the United States out.