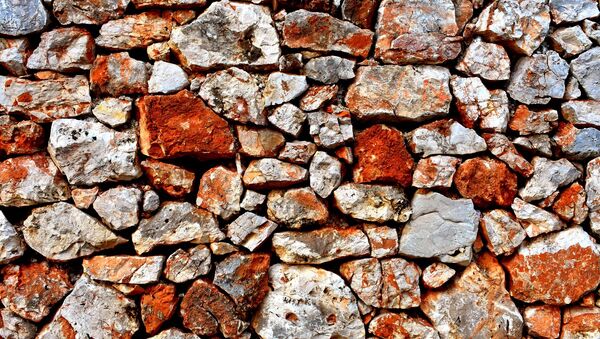 New Delhi (Sputnik): On 9 November, the Supreme Court of India announced a significant verdict in the decades-old Ayodhya land dispute case, ruling that a Hindu temple should be built through a government established trust, on the disputed site. It also allocated an alternative plot of land to the Muslim community to build a mosque.

Uttar Pradesh State Chief Yogi Adityanath, who is also a well-known Hindu leader, on Friday called all families to donate Rs.11 (16 cents) and a stone towards the construction of Ram Temple in the Ayodhya town.

“Very soon a grand Ram temple will be built in Ayodhya. Every family should contribute Rs. 11 and a stone for the Ram temple,” Adityanath said while addressing an election rally in India’s Jharkhand state which is undergoing state assembly elections.

The Ayodhya land dispute is about a decades-old religious conflict between the Hindu and Muslim communities in India. It had flared up following the 1992 demolition of a Muslim mosque, Babri Masjid, by Hindus, who claimed that the Mughal emperor Babar had demolished a Hindu temple in Ayodhya, a city in Uttar Pradesh.

“We follow the same system where polices are made keeping in mind the village, the poor, youth, women and every section of the society without creating any differences. Prime Minister Narendra Modi is doing the same work,” said the chief of Uttar Pradesh state.

His statement saw many Twitterati praising him for his fantastic initiative, while others questioned him about the funds previously collected during fundraising campaigns by top leaders of his Bharatiya Janata Party for the proposed construction of the same temple.

What happened to that fund which was collected during Advani Rath Yatra...

​On the other hand, some netizens were left in splits and enjoyed a joke on the matter, it in a lighter vein.

They Say he look like Donkey , but i am sorry , Donkey is better than Pigs.
Don't Insult Donkey