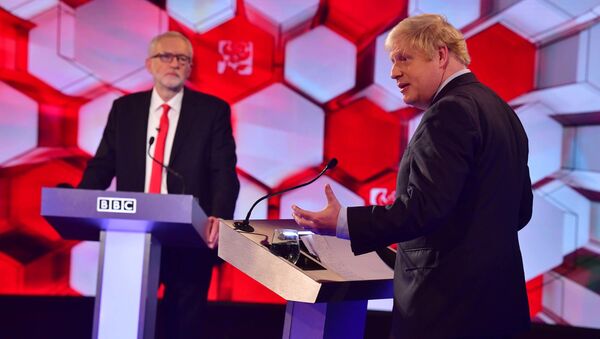 Prime Minister Boris Johnson’s Conservative Party won a landslide victory in Thursday’s snap parliamentary elections, with Labour suffering its worst defeat since 1935, prompting party leader Jeremy Corbyn to announce that he would be resigning from the job.

Dr. Roslyn Fuller, Canadian-Irish author, columnist, and director of the Dublin-based Solonian Democracy Institute non-profit think tank, says she has a lot of sympathy for Labour leader Jeremy Corbyn, but believes there are a number of obvious reasons why his party was so viciously mauled in Thursday’s vote.

“I think there are several key reasons for the Conservative victory: firstly Labour did a poor job of communicating their core policies and explaining to voters why those policies should matter to them. This was not only true regarding Brexit, but also a host of other issues,” Dr. Fuller said in an interview.

“For example, they repeatedly emphasized 'ending homelessness' towards the end of the election. It would have made much more sense to focus on getting people on the property ladder or robust rental accommodation or a living wage. Ultimately, those achieve the same goals, but they speak more directly to what voters feel are their immediate concerns,” the observer explained. 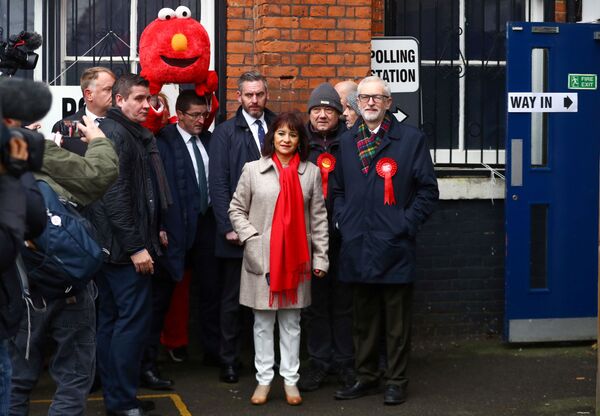 “Also damaging for Labour was the incessant infighting in the party closely followed by Labour-aligned media pundits, who came across as shrill, condescending and tending to shut down debate and label everyone who disagreed with them as idiots, racists, etc.,” Fuller said, suggesting that the party’s mostly younger pundits’ attempts to look “ground-breaking and daring” by making radical statements really only served to put ordinary, common sense voters off the party.

Fuller added that she has “a lot of sympathy” for Jeremy Corbyn, saying he had been “unfairly treated in the media and by members of his own party for years,” with this abuse seemingly translating to lost votes.

“Obviously a lot of people in the Labour Party will see the election outcome as a sign that 'left politics' don't work and try to swing back to a centrist Blairite approach. That's a pity, as there were a lot of good policies in the Labour manifesto that deserve attention. I do think that whoever the next leader is, they should be younger, more dynamic and have better debating skills, as that was something that Corbyn - despite being a person of great personal integrity - really lacked,” she said.

Of course, the Conservatives’ approach also helped them in securing their 365 seat majority, Fuller noted, pointing out that in addition to Prime Minister Johnson’s ‘One Nation Tory’ compassionate conservative message, the Tories’ commitment to Brexit really made them stand out.

“Every major party other than the Conservatives at least vacillated on whether or not the Brexit vote should be respected. It's very hard to make credible that you're really going to respect people's economic rights or that you care about diversity when you're contemplating ignoring the result of a national referendum,“ she stressed.

As for the Scottish National Party’s resurgence in the north, and the prospects of a second independence referendum, Dr. Fuller suggested that Johnson could hold it off over the next few years, particularly if he were “to portray himself as a great unifier and nation-builder.” 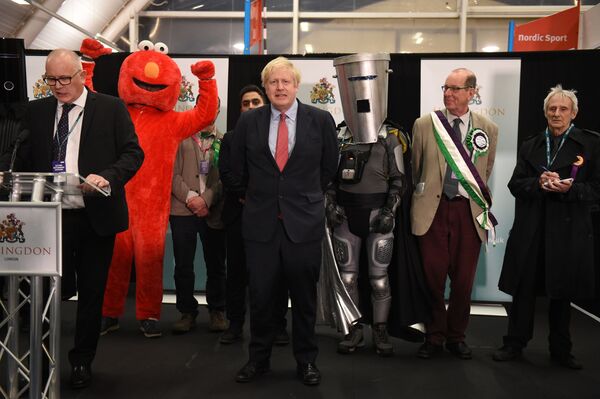 Britain's Prime Minister and Conservative leader Boris Johnson (C) reacts as the results are read out for the race to be MP for Uxbridge and Ruislip South at the count centre in Uxbridge, west London, on December 13, 2019 after votes were counted as part of the UK general election.
© AFP 2022 / OLI SCARFF

Rita Trehan, Brexit advisor and CEO of global business consultancy Dare Worldwide, says that whatever caused the Conservatives’ victory on Thursday, one thing is clear: the coming weeks, months and years will see the UK charting a new course.

“While the election result is emphatic, what happens next is still unclear,” Trehan said. “The rise of sterling provides an indication that the level of uncertainty around whether we will or will not leave the EU has lessened. What remains however, is what the UK’s exit strategy and its impact will encompass.”

“While the UK has 2020 to work through the details, it would be wise for to not forget that it took the UK three years to try and get an agreement to what was merely the ‘terms of reference’ [on Brexit] and even then, we have been woefully lacking in being to pull this off. To envisage that we will now somehow be able to work through…the more complex part of the divorce agreement with ease would be folly and misguided,” the analyst stressed.

What is clear, according to Trehan, is that Johnson’s clear majority will now give him a great opportunity “to make history no matter what policy direction he pursues.”

In any event, Trehan suggested that “the ultimate impact of last night’s results will take a few days to sink in, but when they do, people everywhere, not just in the UK, will come to the realisation that the result equates to far more than simply one party beating another in an election battle. It is the beginning of the writing of a new chapter of history.  What will be written remains to be seen; it will be historic, but will it be for the right reasons?…Expect to hear a lot more in the coming days and months on how Brexit has and will change the course of the world forever.” 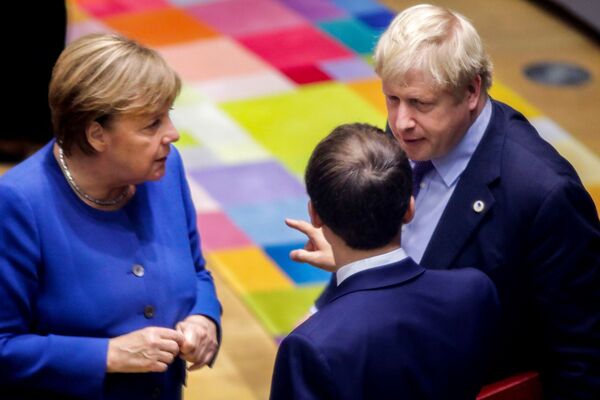 British Prime Minister Boris Johnson (R), French President Emmanuel Macron (C) and German Chancellor Angela Merkel (L) speak upon their arrival for a round table meeting as part of a European Union summit at European Union Headquarters in Brussels on October 17, 2019.
© AFP 2022 / OLIVIER MATTHYS
Newsfeed
0
Access to the chat has been blocked for violating the rules . You will be able to participate again through:∞. If you do not agree with the blocking, please use the feedback form
The discussion is closed. You can participate in the discussion within 24 hours after the publication of the article.
To participate in the discussion
log in or register
loader
Chats
Заголовок открываемого материала