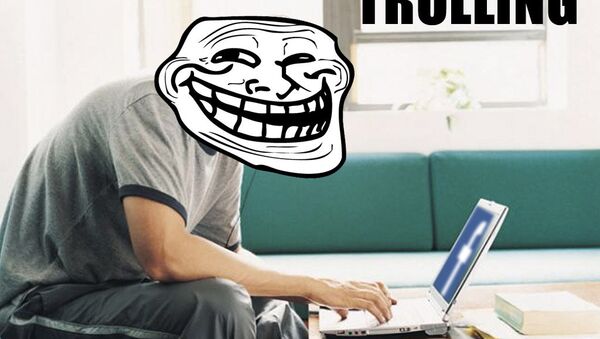 Just like her father, Jordan Peterson, Mikhaila has faced a lot of hatred online over her views – in particular, for her meat-only diet which she claims has helped her cure a severe autoimmune disorder. Unsurprisingly, this diet has sparked a backlash among some vegan internet personalities and their audience.

Mikhaila Peterson has spoken out against internet bullies, suggesting that the troll culture has flourished due to political correctness.

“The left is interesting insofar as they claim to discourage bullying, but there are many vicious bullies among them,” she wrote in a column for The Post Millenial. “My father was attacked without an ounce of humour, initially. After the left had their fill, there was backlash from the right when they realized he didn’t really fit into their box, either.”

“Some just poked fun at my dad—particularly with memes which we quite enjoyed. But there were also those who psychopathically hid behind their keyboards and looked for any sign of weakness to exploit, just because they were bored.”

Mikhaila largely stays away from Jordan’s censorship-free discourse but has still been trolled over her self-invented all-meat diet. Someone has recently released a fake book on the diet, purportedly written by Mikhaila, which she believes was an attempt to get on her nerves rather than an effort to capitalise on her legacy.

Mikhaila wrote that the internet gave disagreeable people the medium to blow off steam and enabled them to build entire communities.

She added the left is “trying to shut down our ability to tease each other, and joke in real life. One of the reasons teasing is fun is because it is provocative—a safe means for pushing boundaries. However, the logic of the far left resembles something like ‘if something is provocative, then it is mean, and if it is mean, it needs to be stopped.’”

Censoring comedy in the West has become quite a thing now. Last month, a judge rejected the appeal of Canadian comedian Mike Ward, who was ordered to pay around $27,000 in damages to a disabled singer based on jokes he made about the singer’s disorder between 2010 and 2013. Apparently, comedy is a crime when it offends someone (the question remains, however, whether there is a right not to be offended).

Just this week, comedian Andrew Doyle (former writer for Jonathan Pie and creator of the parody SJW Twitter account Titania McGrath) revealed that he was the author of a piece in The Independent that called, in effect, for censoring “alt-right” comedians in the name of greater justice. Doyle suggested that The Independent’s editors passed the article, written on behalf of a spoof author no one ever heard of, chiefly because it was “pushing a woke agenda” – the same agenda that targeted Mike Ward.

This important article calls for comedians to be investigated by police for hateful jokes.

I can assure you that it is pure coincidence that if you take the 4th letter of each sentence it spells out “Titania McGrath wrote this you gullible hacks”.https://t.co/nBozhFLpGp

Mikhaila Peterson said: “I believe that by striving for tolerance and conformity, the left both bred new trolls and made them much more influential by removing real-world competition. When trolling first started it would have been a few disagreeable individuals, but now anyone with a sense of humour can be considered a troll.”

“Since society can’t handle comedians anymore, we now have trolls to poke fun at us and see how far we can be pushed. Some are funny. Some push too far, but, is it because they are, perhaps, getting pushed themselves? At least partly.”

The blogger went on to give three pieces of advice on how to deal with trolling: 1) ignore it 2) laugh it off and 3) support free speech in real life.

“If we want to limit trolling on the internet, we should make trolling more acceptable in the real world,” she said. “The more free speech is shut down, the more comedians are censored, and the more disagreeable people are silenced, the stronger this troll culture will get.”