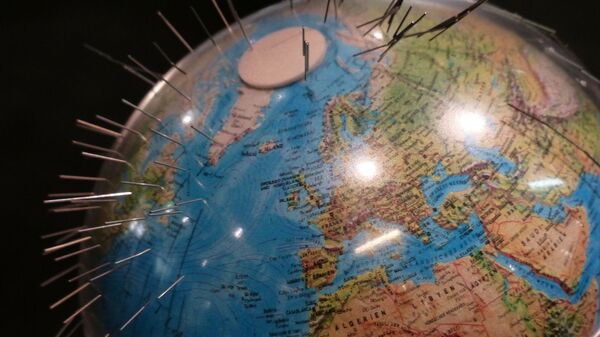 Ilya Tsukanov
All materialsWrite to the author
Earlier this year, US National Oceanic and Atmospheric Administration and the British Geological Survey (BGS) were forced to update the World Magnetic Model a year ahead of schedule due to the speed with which the magnetic north pole is shifting out of the Canadian Arctic and toward Russia’s Siberia.

The BGS and the US National Centers for Environmental Information has released a new update to the World Magnetic Model this week, confirming that the magnetic north pole, whose coordinates are crucial for the navigation systems used by governments, militaries and a slew of civilian applications, is continuing its push toward Siberia.

“The WMM2020 forecasts that the northern magnetic pole will continue drifting toward Russia, although at a slowly decreasing speed –down to about 40 km per year compared to the average speed of 55 km over the past twenty years,” the US agency said in a press statement.

The data confirmed that this year, the magnetic north pole passed to within 390 km of the geographic North Pole, and crossed the Greenwich (prime) meridian. Compilers also confirmed that the Earth’s magnetic field is continuing to weaken, at a rate of about 5 percent every 100 years. 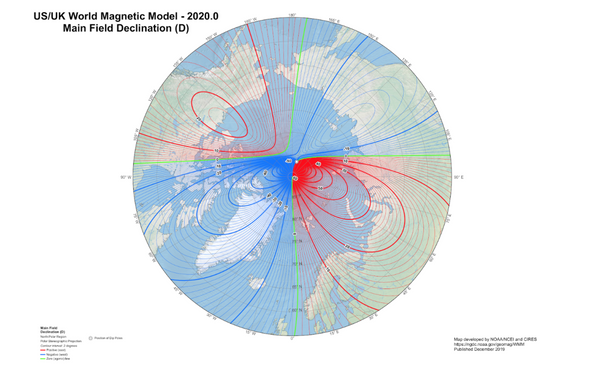 Global map of declination and the dip pole locations for 2020
© Photo : NOAA NCEI/CIRES

The World Magnetic Model is used by everything from smartphone compass apps, maps and GPS services to telecommunications transmission systems, and navigation tools for various agencies, including the Federal Aviation Administration, NASA, the US Defence Department and NATO.

Magnetic north, the point on the planet’s surface toward which your conventional compass points, is created by the churning of molten metal in Earth’s core, which creates huge electrical currents to produce the magnetic field.

Commenting on the freshly-released magnetic north pole data, Dr. Ciaran Beggan, a geophysicist and geomagnetic specialist from the British Geological Survey’s Edinburgh office, told FT that although the movement of the pole has been “much faster” since the 1990s “than at any time for at least four centuries,” scientists “really don’t know much about the changes in the core that’s driving it.”

With the pole passing the Greenwich meridian and continuing its race east, humanity is entering the unknown, scientifically speaking, since, from the time records of the magnetic north pole’s position have been kept starting in the 16th century, the pole had drifted around the Canadian Arctic. 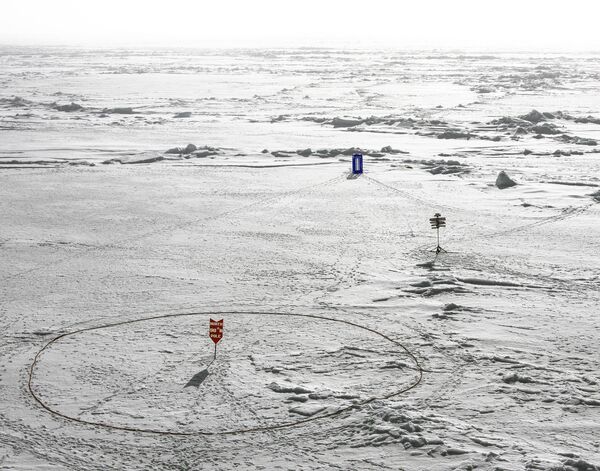 Dr. Phil Livermore of Leeds University’s Institute of Geophysics recently postulated that a ‘jet stream’ of liquid iron flowing in the planet’s core could help explain shifts in the position of magnetic north, but suggested tracking the flows of this liquid iron could be difficult, “because it lies beneath 3,000 kilometres of rock.”

Scientists have previously expressed concerns about the fluctuations in the magnetic north pole and its possible impact on the magnetic field protecting Earth. Without the field, Earth would be left vulnerable to solar flares, which could cause damage to everything from spacecraft to power grids. Even with the magnetic field intact, the planet remains vulnerable. In 2011, the US National Academy of Sciences calculated that a repeat of a solar storm like the one which hit the planet in 1859 could cause as much as $2 trillion in initial damage, and take a decade to repair.

Furthermore, a weakened magnetic field may lead to a potentially cataclysmic process scientists call a “geomagnetic reversal,” in which the Earth’s north and south poles effectively switch places. The last such flip is estimated to have taken place about 800,000 years ago, and some scientists believe that another may be due soon, even though such an event could take centuries to complete.