US Senate Confirms John Sullivan as Ambassador to Russia 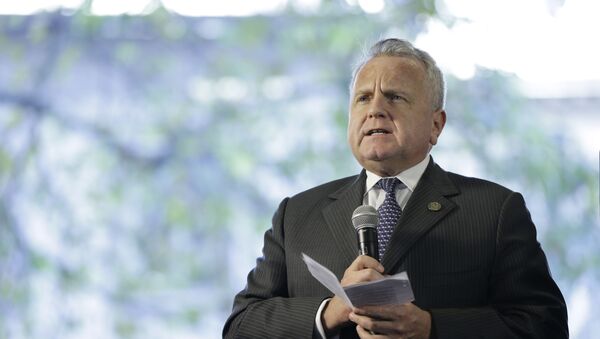 WASHINGTON (Sputnik) - The United States Senate on Thursday confirmed President Donald Trump's nomination of John Sullivan to be the new US ambassador to Russia.

Sullivan, who prior to his appointment served as deputy secretary of state, replaces Jon Huntsman, who completed his tenure in Moscow on 3 October.

Speaking on Tuesday during his visit to the US, Russian Foreign Minister Sergey Lavrov praised Sullivan as a very highly professional diplomat and said that Moscow would be happy to cooperate with him.