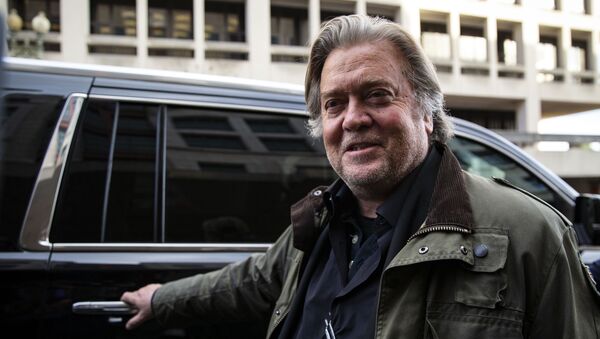 Oleg Burunov
All materialsWrite to the author
Late last month, Fox News host Tucker Carlson claimed he is "rooting for Russia" in the Ukraine conflict, remarks that he made while discussing impeachment proceedings against President Trump with a former Hillary Clinton adviser during his show.

“If you don’t think Tucker Carlson has more influence on national security policy than many of the guys on the National Security Council, you’re wrong,” Bannon was quoted by the Daily Beast as saying on Wednesday.

He also defended Donald Trump’s unconventional decision-making process, asserting that the US President “processes information differently from his predecessors” and that “he understands the concept that mass communication is going to overwhelm kind of what reality is.” 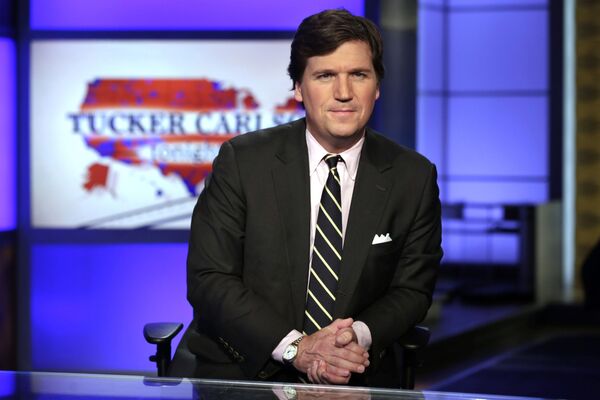 The remarks come after Carlson appeared on his primetime show in late November to insist that as far as the Ukraine conflict is concerned, he is “rooting for Russia”.  Kiev has repeatedly accused Moscow of meddling in the conflict which has simmered since 2014, with Russia rejecting the allegations and stressing that it is Ukraine’s internal affair.

“Why do I care? Why do I care what’s going on in the conflict between Ukraine and Russia? And I’m serious – why do I care. And why shouldn’t I root for Russia – which I am,” Carlson said when discussing the impeachment proceedings against Trump with former Hillary Clinton adviser Richard Goodstein.

Shortly after, he brushed off his comment as a “joke”, adding that he is “only rooting for America – mocking the obsession many on the left have.”

An alleged defender of the "America First" isolationism, Carlson reportedly played a crucial role in a spate of Trump's key foreign-policy decisions.

One such episode pertains to Carlson getting the better of then-National Security Adviser John Bolton in June, when in a last-ditch move the Fox News host ostensibly persuaded Trump to scrap plans on bombing Iran.

In September, Trump said he had asked Bolton to step down over policy disagreements. Bloomberg, in turn, cited unnamed sources as saying that shortly before his resignation, Bolton tried to the US President’s U-turn on Iran.

Earlier that month, Trump said that easing anti-Iranian sanctions can't be entirely ruled out, and that Washington is "not looking for regime change" in Iran. He also said that he believes the two countries could make a "good deal."

Tehran-Washington ties deteriorated after the US withdrew from the 2015 Iran nuclear deal in May 2018, also re-imposing harsh sanctions on the Iranian shipping, banking, and energy sectors, calling it a "maximum pressure" campaign.

000000
Popular comments
The US government has a long history of inflating fact, to support the out come they desire, actually out and out lies to use as a base for say invading and destroying Iraq looking for WMD's and found none because of faulty intell, da, wake up, Russia isn't the evil one its the US.

Ladyshadow
12 December 2019, 21:26 GMT1
000000
The Zionists are really playing with the Republicans and the Zionist/Judeo Christians with Zionist Rupert Murdoch’s Fox News. They trust everything when it comes to Fox News when they shouldn’t.