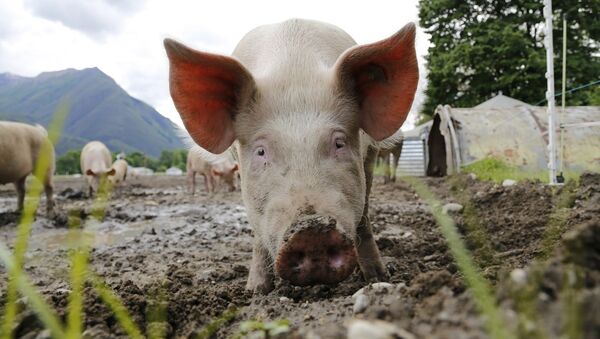 "It's one of the largest US currency seizures in Cleveland County history", Sheriff Alan Norman said regarding the incident.

Police in Cleveland County have discovered approximately $3 million in cash stuffed in the barrels of raw pork shoulders, Fox Business reported on Wednesday.

On 7 December 2019, a deputy with the Community Interdiction Team pulled over a trailer driven by a man of Hispanic origin for a traffic violation, Cleveland County Sheriff's Office wrote in a Facebook post on Tuesday. After transporting the suspicious trailer to a safe place and with the use of "the officers training and experience and a K-9 alert", the police found the cash.

The trailer was heading in the southern direction.

According to the Sheriff's Office, the money was supposedly obtained from drug trafficking in the region and destined for Mexico.

The US Department of Justice may assist in the investigation, the authorities added.