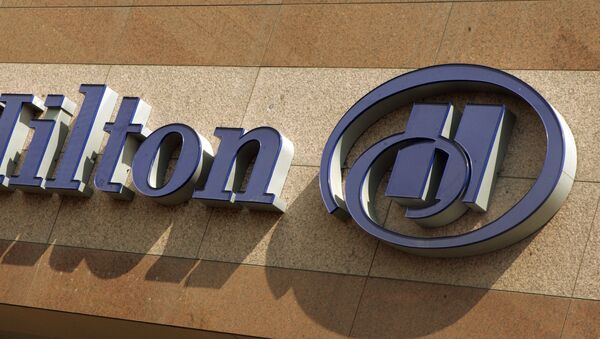 A dozen major hotel chains have been accused of wilfully ignoring sex trafficking at their premises in a landmark US case, Reuters reports.

The case, which brings together 13 separate actions launched across the country, has been filed in US federal court in Columbus, Ohio.

The 13 accusers are women who claimed they had been trafficked for sex in hotel guest rooms at the locations of 12 international brands including Hilton, Red Roof, Intercontinental, and Best Western.

Reuters cites the filing as claiming that they “derived profit” and “benefited financially” by “providing a marketplace for sex trafficking.”

The women, represented by the New York law firm Weitz & Luxenberg, blamed the companies for “industry-wide failures” and alleged that this led to a level of sex trafficking indicative of a “nationwide epidemic.”

“Such corporate malfeasance has led to a burgeoning of sex trafficking occurring in ... hotels that has reached the level of a nationwide epidemic,” it said.

One of the alleged victims said she was forcibly held at various locations of Wyndham Hotels for six weeks in 2012. The woman, who reportedly was 26 years of age at the time, said she was beaten up so brutally that she developed an infection on her face.

Several hotel chains have adopted policies in recent years to combat human trafficking. Marriott, for instance, has trained more than 700,000 staff to look out for potential victims. Hilton, Hyatt and Wyndham have partnered with ECPAT-USA, a non-profit fighting with the commercial sexual exploitation of children.

The complaint argues, however, that these changes “have arrived far too late” and that the hotels are still being driven by “profit motives, not adherence to the law.”

In a separate report on Wednesday, CNN said that a woman has sued six major hotel chains, including Wyndham, Marriott and Red Lion, of neglecting trafficking. She is said to claim she was a victim of sex trafficking, rape and abuse in 2012 and 2013 at multiple properties in Oregon and Washington.

The suit was apparently filed on Monday in US district court in Portland; it wasn’t immediately clear whether it was part of the 13-piece case filed in Columbus.

Several hotels named in the two filings issued statements to media, all stating that they condemn human trafficking and that they are committed to fighting this evil. None commented on the issues relating to the ongoing litigation.