Accused Threatens Rape Survivor with Repercussions Worse than in Unnao Gang-Rape, if She Testifies 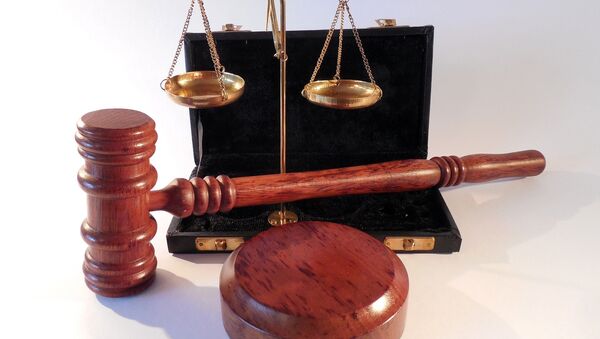 New Delhi (Sputnik): The woman was allegedly raped in the Indian capital city Delhi’s Mukherjee Nagar area last year, and the accused who belongs to her hometown in Uttar Pradesh was arrested. A court granted him bail on Wednesday and the pamphlet appeared on the same day.

Days, after a gang-rape survivor was set on fire, allegedly by some men in Unnao district of India’s Uttar Pradesh state, a woman who had reportedly been raped last year in Delhi, has been threatened with a fate worse than that.

On 6 December, in a separate case, the 23-year-old Unnao rape victim succumbed to her 90 per cent burns injuries at a Delhi hospital, days after being attacked with sharp objects and set ablaze while on her way to court. The attack was allegedly carried out by the same men that were accused of raping her.

In UP's Baghpat district, a pamphlet was posted outside house of rape survivor threatening of repercussions worse than Unnao. The rape survivor has to testify in a Delhi court on December 13. @Uppolice pic.twitter.com/qbfk5AMtQA

The pamphlet appeared on the same day, the accused was released from prison on bail.

"According to a complaint received at the Baraut town police station, a pamphlet was pasted on the house of a rape victim threatening that she will meet the same fate as that of the Unnao rape victim if she dares to give her statement," a police official was quoted as saying by news agency ANI.

A police complaint was filed by the family of the rape survivor after the threat and the accused was arrested subsequently.

Security has also been provided to the girl, said police.

Twitter users were furious over the incident and asked when things will take a turn for the better in Uttar Pradesh.

UP police any action against them?
Time will come very soon when the same goons who has given this warning will come and hunt you guys as well.
Be a Human and save UP from such criminals.
No one is safe under BJP. You are police and meant to protect citizens.
Arrest them now

In UP's Baghpat district, a pamphlet was posted outside house of rape survivor threatening of repercussions worse than Unnao. She has to testify on December 13
This is exactly why we demand change.#MainSahasHoon pic.twitter.com/MRc5PJqhqh

This is pathetic where is yogi ji now when it comes to cows he takes action.

What has changed in UP after the #Unnao case? Criminals now threaten rape victims using that case as a benchmark.

You’ll get “worse than Unnao” if depose in the court tomrrow: reads a poster outside a victim’s home in Baghpat. @baghpatpolice probe is on