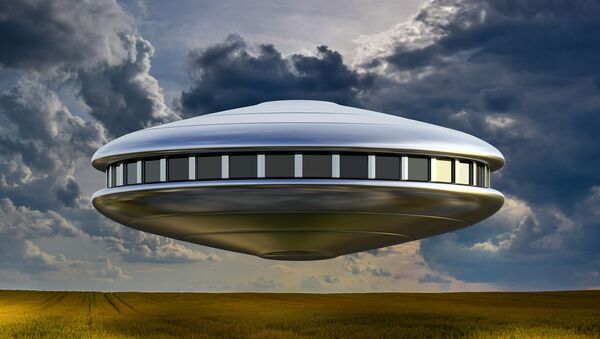 CC0 / /
Subscribe
The collection of various documents, reports, and books was donated to the University of Manitoba by Chris Rutkowski, a prominent Canadian UFO hunter.

Alien enthusiasts may soon get their hands on a voluminous trove of investigative files related to UFO sightings in Canada, stemming from more than 40 years of research by Chris Rutkowski.

Rutkowski began collecting individual accounts of purported UFO encounters and sightings from across Canada in 1975. He has since collected more than 20,000 separate UFO reports filed with various agencies, almost 10,000 government documents, and an unspecified number of artifacts related to UFOs.

In October, he decided to donate the findings of his lifetime project – which focuses on the province of Manitoba – to the University of Manitoba so that researchers re-examine them and make them available to the public.

The university has now launched a fundraising campaign, with the target of CAD25,000, to set up a fund that would maintain the records and put them online for everyone to be able to access them.

The centerpiece of the collection is the Falcon Lake incident, perhaps the most famous reported UFO sighting in Canada. An amateur geologist and industrial mechanic, Stephen Michalak, claimed he encountered two flying saucers in May 1967 while looking for silver in the area and was burned by one of them as he attempted to get in.

Michalak was indeed hospitalised with a grid-like burn on his stomach – which he insisted was left by gas from the craft’s exhaust system – and his clothes had the same grid pattern burned into them.

The soil at the alleged landing site and Michalak’s clothes were found to be highly radioactive, but the case remained unsolved. Skeptics have also pointed to some inconsistencies in Michalak’s story, including his denial that he was intoxicated by alcohol on the day of his ‘discovery’, which contradicted the testimony of a policeman who encountered him near the site and a local bartender. The shirt and hat Michalak said were burnt by a saucer are part of Rutkowski’s collection.

Officials at the Provincial Archives in New Brunswick, east Canada, are currently cataloguing what is believed to be the world’s largest single collection of UFO material. The records, compiled by another preeminent ufologist, Stanton Friedman, spans over 60 years of study of the UFO phenomena.

The collection is so big it reportedly took archivists five cargo vans to move it. “Due to the volume of the material and the need to do extensive work to make it available to researchers it would probably take about 10 years with the resources we currently have available to focus on it,” said expert Joanna Aiton Kerr of the archives.