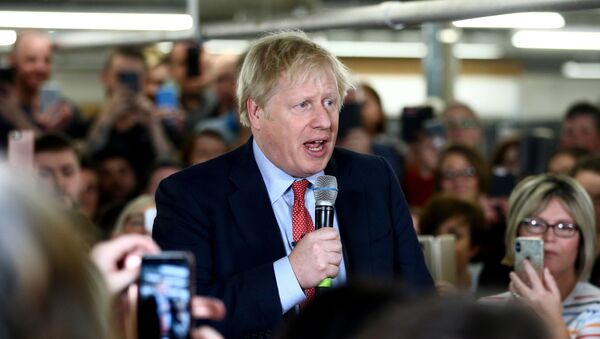 As Britain is set to go to the polls this Thursday, 12 December, party leaders are criss-crossing the country in a frantic day of last-ditch campaigning as they seek to promote their key messages and win coveted votes amid polls that do not rule out a hung parliament.

Ahead of Thursday’s general election, UK party leaders are embarking on a final frantic 24 hours of campaigning as the election race has tightened markedly over the past two weeks.

According to a constituency-by-constituency poll published on Tuesday night, Boris Johnson is projected to secure a majority, yet much more modest as compared with previous results two weeks ago, reported The Times.

Although the YouGov MRP poll put the Conservatives unchanged on 43 per cent and Labour just two points up, at 34 per cent, the 28-seat Conservative margin of victory predicted by pollsters is narrow enough for the possibility of Johnson failing to win an outright majority.

The results of the final YouGov MRP model for #GE2019 are now here:

The survey is based on a large sample of more than 100,000 interviews conducted over the previous six days, but given the margin of error, a hung parliament cannot be ruled out.

"Based on the model, we cannot rule out a hung parliament," The Times quoted Anthony Wells, YouGov's director of political research as saying.

Two weeks ago, YouGov predicted the Conservatives would win 359 seats in Britain's 650-seat parliament, providing Johnson with a comfortable majority of 68.

Earlier on Tuesday, a similar forecasting model from a smaller market research company, Focalpoint, showed Johnson on track for a 24-seat majority, down from the majority of 82 seats which it predicted last month.

On Wednesday Prime Minister Boris Johnson is set to travel across the country from Yorkshire to the Midlands, Wales and London, vowing to “Get Brexit Done” , stressing key Tory pledges on investing in the NHS, raising the number of police officers and bringing in a new immigration system.

He is also set to emphasise that the Conservatives need only another 12 seats to win a majority.

Johnson, who called the election to break what he viewed as a deadlock in parliament after his minority administration had been unable to pass legislation related to Britain's departure from the European Union, now delayed until January 31, vowed on Tuesday to demolish three years of Brexit stalemate.

Asked at a campaign event in a JCB factory in Staffordshire whether the general election was “in the bag”, the prime minister insisted “absolutely not”.

“This is a very close-fought election, and we need every vote. The only mathematical alternative to a working majority for a Conservative government is the real, real risk of another hung parliament. That’s another five years of confusion, chaos, dither and delay. We cannot go down that route,” he told factory workers at the event.

To emphasise his point, Johnson ploughed a digger, marked "Get Brexit done", through a Styrofoam wall with "gridlock" written on it, in a symbolic pledge he sought to carry across to voters ahead of the 12 December poll.

Let’s break the deadlock and get Brexit done! pic.twitter.com/5scYwvtyGx

Labour Vow to ‘Save NHS’

Labour quickly countered Johnson’s digger campaign prop with an edited version that made it look as if Johnson was tearing down the NHS, as the party’s leader Jeremy Corbyn begins his day in Scotland before heading to the north-east of England to target Leave-voting Labour seats and appeal to undecided voters.

Tory cuts have almost demolished our NHS.
It's time to save our NHS. #VoteLabour pic.twitter.com/VCzH57KXks

As Corbyn will repeat pledges on funding for the NHS, he is also to vow expanding free childcare and lowering transport fares, promising to "put money in your pocket, because you deserve it".

On Brexit, the party has promised to negotiate a new deal with the EU within three months of being elected and put it to another referendum within six months. 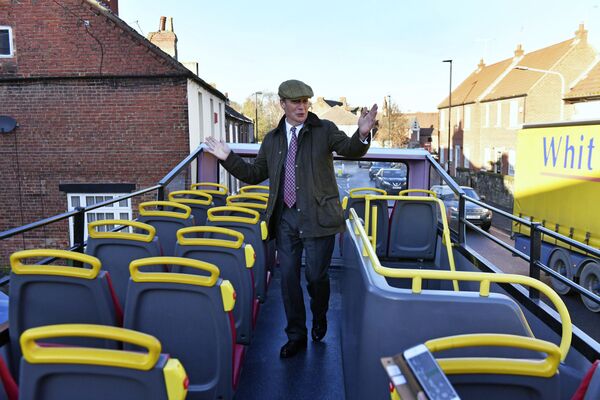 Meanwhile, Leader of the Liberal Democrats Jo Swinson will be going to rallies with Lib Dem members to double down on her anti-Brexit message.
She will say voting for her party can stop Johnson from obtaining a sweeping a Conservative majority, and stop the UK from exiting the EU, said the publication.
Similarly, the SNP will appeal to Labour voters in Scotland, calling on them to back their party to "beat the Tories and lock Boris Johnson out of No 10", writes the BBC.

The Brexit Party will also be campaigning across the north of England, as leader Nigel Farage's message will be aimed at Leave voters in Labour areas. Farage will reportedly be telling them "not to waste your vote" on Tories who have little chance of winning the seat.
Instead, he will call for them to back his party to ensure Brexit goes ahead. 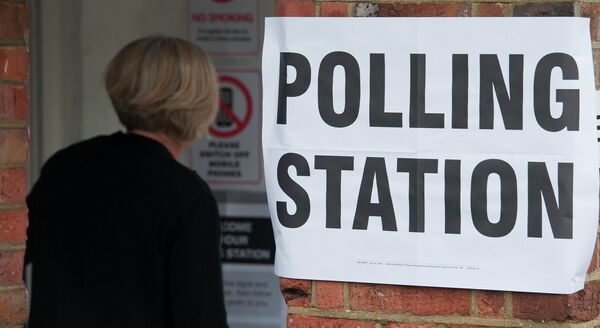 UK polling stations are due to open at 7 a.m. on Thursday, 12 December, for a vote that will not only decide the next British prime minister, but also might potentially review the results of the 2016 Brexit referendum.