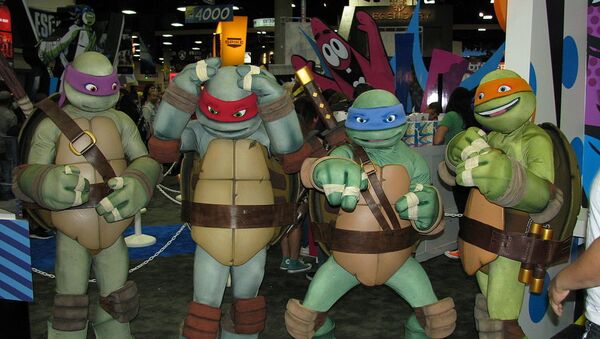 Whether Shahid Masood Khan, who used to host the talk show Live with Dr Shahid Masood on GNN, made the reference to the Ninja Turtles as a hint at something is unclear, but netizens are having a field day trolling him.

The anchor cuts him off and tries to divert him. She asks her next question: “Is there any plan being made in London as is being said?”

When you have to give political analysis after two pegs. #NinjaTurtles pic.twitter.com/WLfc9xPhHw

​Everyone is just as clueless as the anchor about what Masood was trying to say but some netizens are confident that the analyst was drunk during the show.

He’s giving out the hint. The name that starts with an I and also ends with an I.

Political analysis After you watch turtle movie with your kid 🐢😂🎥 with two pegs.

@NadeemfParacha Boss have a look at this video. Might be some useful ideas for your next satiricial piece.

Poor him. He knows but can't take names. So blame it on Ninja Turtles. Well that's is #Pakistan has become. A zoo. 😂