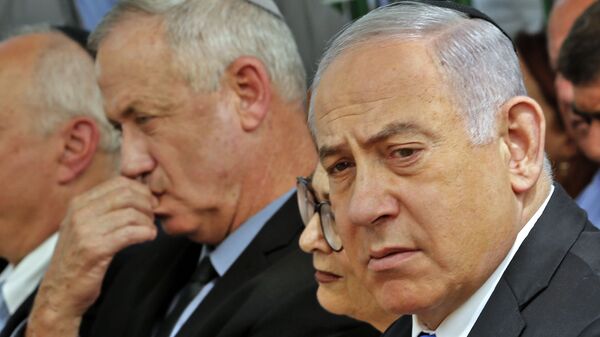 The ongoing Israeli political crisis not only entails the repeated failure of both the biggest parties, Likud and the Blue and White alliance, to arrive at a common ground and form a parliamentary majority, but a criminal indictment of the sitting prime minister last week.

Israel’s two political heavyweights agreed Monday on a new election date, if the third vote in less than year is to become a reality.

“Blue and White and Likud concluded that if the Knesset is dispersed, the elections will be held on Monday, March 2”, Israeli public broadcaster Kan tweeted tagging their political correspondent Michael Shemesh.

A 21-day period in which the Israeli Parliament can nominate a legislator to try and put together a ruling coalition to prevent a third vote expires on Wednesday. If an election is called in the wake of the parliament’s dissolution, experts predict there could be dramatic shifts in the electorate after inconclusive polls in April and September.

Back then, neither Netanyahu’s right-wing Likud nor the centrist party led by his chief contender former military boss Benny Gantz, obtained enough seats in Parliament to take it over.

The talks over a potential coalition and prospects for a new election are mired in a controversy surrounding a formal indictment against Netanyahu, with the prime minister having less than a month to make an immunity appeal.

The indictment charges the sitting head of the Israeli government with bribery, fraud, and breach of trust in three separate corruption cases – the first time that a prime minister has faced criminal charges while still in office.

As the indictment has it, Netanyahu who denies any wrongdoing and has refused to step down over the controversy, will face trial in a Jerusalem court, and about 333 witnesses may potentially testify in the case.