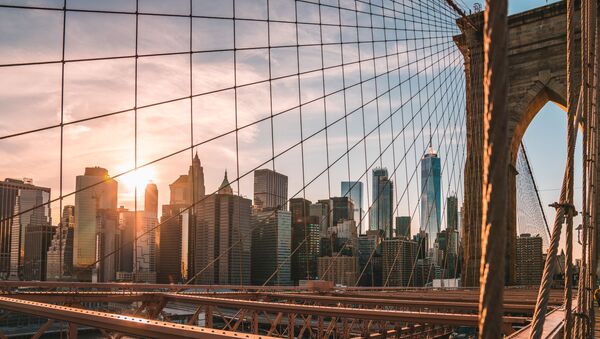 New Delhi (Sputnik): Swachh Bharat Abhiyan or Clean India Mission is a nationwide campaign to clean up the streets, roads, and infrastructure of India's cities, towns, urban, and rural areas launched by Prime Minister Narendra Modi as a tribute to the father of the nation Mahatama Gandhi on the anniversary of his birthday.

Hundreds of individuals and organisations have joined the campaign to clean up the country. One such individual, whose contribution to clean up the beaches of western Mumbai, India’s economic capital, caught the attention of the nation and beyond.

Afroz Shah, a lawyer by profession, took on the role of environmental activist and organised the world’s largest beach clean-up project from Mumbai, which has since grown into a movement inspiring people around the world to clean up their surrounding environment.

Afroz has been given the #CNNHeroes of 2019 award at a function in New York for his initiative. Veteran Bollywood actor Anupam Kher, who was present in the audience, hailed the move.

So happy & proud of fellow Indian @AfrozShah1 for being declared as one of the #CNNHeroes of 2019 at an amazing & heartwarming ceremony in NYC. Afroz’s pioneering work of cleaning the Mumbai beaches is exemplary. It was pure joy to clap for him from the audience. Jai Ho.🇮🇳🇮🇳😍👏 pic.twitter.com/REiYki910V

Shah was recently joined by the King and Queen of Sweden, King Carl XVI Gustaf and Queen Silvia, who visited Mumbai during their recent trip to India and contributed their bit in the cleanliness drive on Versova Beach in northwest Mumbai.

Run by the government of India, the Clean India Mission also aimed to achieve an "open-defecation free" India by 2 October 2019, to coincide with the 150th anniversary of Mahatma Gandhi's birth, by constructing 100 million toilets in rural India.

The mission also aims to contribute to India reaching the UN Sustainable Development Goal, which, among other things, calls for clean water and sanitation for everyone.