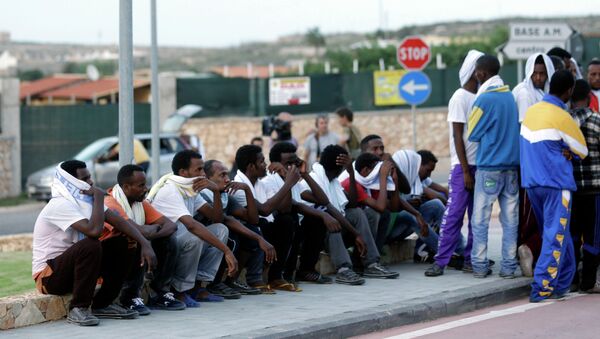 © AP Photo / Luca Bruno
Subscribe
Italy’s Lega party still has high ratings despite the break-up of the ruling coalition. Italy's previous government collapsed in August when Matteo Salvini, then-deputy prime minister, called for a no-confidence vote on the government and the prime minister in pursuit of a snap general election.

Lega's MP in the Chamber of Deputies Matteo Bianchi shared his views on the party's current strategy, EU-Italy relations and common challenges that different European states are facing.

Sputnik: Lega is currently in the opposition, but, as the polls show, the party is still very popular. What are your current initiatives when it comes to domestic politics?

Matteo Bianchi: I think that Lega puts attention on the environment because we are the party of identity, defending our territory. So we'd like to defend our environment – not with ideological strategy. The new government in Italy introduced new taxes. One of them is called the "plastic tax", but the enterprises in Italy are not ready for this tax, because the crisis in our country is not over yet. So, this strategy of our government could not be a good one – to follow France and Germany.

Sputnik: This isn't the only battle that Lega is currently fighting to protect domestic businesses. The party leader Matteo Salvini is preparing to wage war against "Nutri-scores" – a French and German labelling system, which, if implemented by the European Union, could label some Italian delicacies as undesirable nutrition-wise. How important is this issue?

Sputnik: With Matteo Salvini in the government, Italy had a tough stance against illegal migration. Do you think it's going to change under the new government and with a new interior minister in office?

Matteo Bianchi: Fighting against illegal migration is a very good position for Italy. We are against the position of countries like Germany on that issue, because Italy is at the border of the European Union, especially in the Mediterranean region. Not fighting against illegal migration, which is what the EU is doing, is a big problem for our country, because we are the first country where illegal migrants arrive. It's a primary problem for Italy now. We are worried about the position of the new government – the Center-left and the 5-star movement because they want to change what was achieved with the hard work of former minister Salvini. And in our Parliament, of course, we are fighting against the new government. We would like a stronger position on illegal migration.