Engineer Claims to Have Discovered Possible Location of MH370 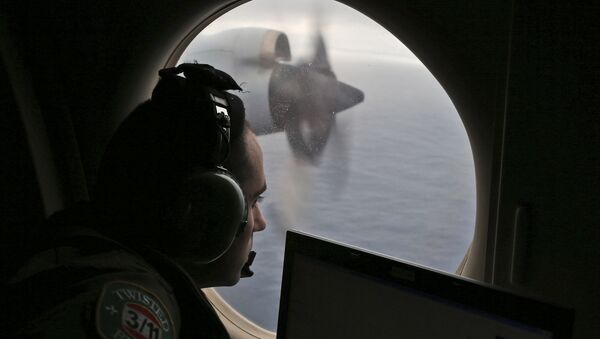 Malaysian Airlines Flight MH370 with 239 passengers and crew disappeared from radars on 8 March 2014, and its fate continues to remain unknown. Several scientists and plane hunters have been putting forward their theories about what could have happened to the craft and where it could be currently located.

Egyptian aeronautical engineer Ismail Hammad claims to have pinpointed the proximate location of the missing MH370 aircraft, stating that the plane was hijacked. Hammad’s calculations and hypotheses have been outlined in a report shared with the Daily Star Online.

Malaysia Airlines Flight 370 took off from Kuala Lumpur at 12:42 a.m. on 8 March 2014 en route to Beijing, China, carrying 239 passengers and crew members. It disappeared from air traffic control radar around 40 minutes after takeoff but was then tracked by military radar for another hour, while over the Andaman Sea, following a westward deviation from its planned route. Hammad suggests that the plane could have been hijacked and taken towards the Philippines.

“I do not think that the deviation to the west for more than an hour after losing contact with air traffic control and then the disappearance of the aircraft from military radar screens happened as a coincidence”, the engineer told the Daily Star Online. “But I think that this deviation has occurred according to advanced planning and accurate timing”.

He then suggested that a possible hijacker would have wanted to land the plane before daybreak, but could not find “in the north, south or west direction a landing place suitable for this time programme”. Therefore, the hijacker should have flown east, where they would’ve “arrived with the first light of the sunrise to the Philippine archipelago of 7,641 islands”, according to Hammad.

“I believe that those who controlled this plane planned to stay the remaining hours of the night hidden from the eyes and the radars until it reached the place where the hijacker wanted to land with the beginning of the daylight, in order to land without relying on Navigation Aids”, the engineer suggested.

Hammad concluded that the plane could be found in desolate areas of the Philippine archipelago, such as abandoned airports or runways on small island airports, which were built for small military aircraft during the Second World War and thus could have been overshot by a large Boeing 777.

“The search in these islands should be in the abandoned airports and the roads which are suitable for landing”, the plane hunter suggested, claiming that searchers should particularly scrutinize runways and roads on small island airports located inside forests and bushes.

MH370 Crash: Alleged Wreckage Still Visible on Google Maps Despite Updates, Plane Hunter Claims
Two major search-and-rescue operations have been conducted since the plane’s disappearance in 2014. A three-year-search operation headed by the Joint Agency Coordination Centre across thousands of square kilometres in the Indian Ocean was suspended in January 2017, with no results. Another private search mission in January 2018 by US marine exploration company Ocean Infinity also ended with no success after several months.

Several pieces of the plane’s debris have been found across the Indian Ocean. In November of this year, British private investigator and video producer Ian Wilson claimed to have spotted the remains of MH370 on Google Earth and Google Maps in the jungles of Cambodia.

The outline of a plane which Ian Wilson claims to be the remains of MH370 in Cambodian jungle
© Photo : Screenshot/Google Earth
Newsfeed
0
Access to the chat has been blocked for violating the rules . You will be able to participate again through:∞. If you do not agree with the blocking, please use the feedback form
The discussion is closed. You can participate in the discussion within 24 hours after the publication of the article.
To participate in the discussion
log in or register
loader
Chats
Заголовок открываемого материала