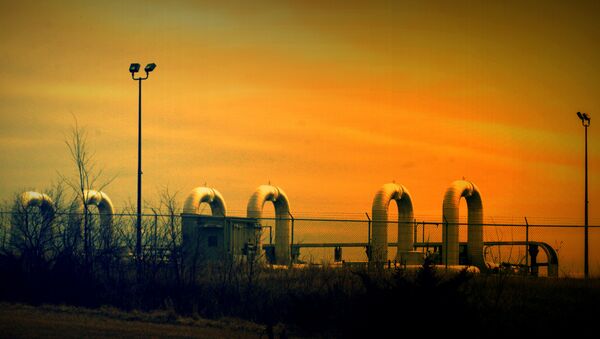 "These federal policies discriminate against Alberta. They are an unconstitutional attack on our province and signal to investors that Canada, and particularly Alberta, is not serious about developing its natural resources", Kenney said.

During the two-day stay in Ottawa, Kenney is scheduled to meet with the New Democratic Party leader Jagmeet Singh, the opposition Conservative Party leader Andrew Scheer and Prime Minister Justin Trudeau, among others.

'Wexit': Canada's 'Brexit' or Oil Industry Tool to Circumvent Trudeau's Environmental Policy?
Kenney has said he also intends to discuss the redistribution of funds within the Canadian federation, contending that Alberta has contributed more than $600 billion in net transfers to the rest of Canada since 1960 even as the province is suffering its worst economic downturn since the Great Depression.

Relations between Alberta and the federal government have soured in recent years amid the worst economic downturn in the western Canadian province in decades. The economic woes facing Alberta take place amid slumping global oil prices and pressure from new regulations and environmentalist groups that has stalled projects like the Trans Mountain and Keystone XL pipeline expansion projects.