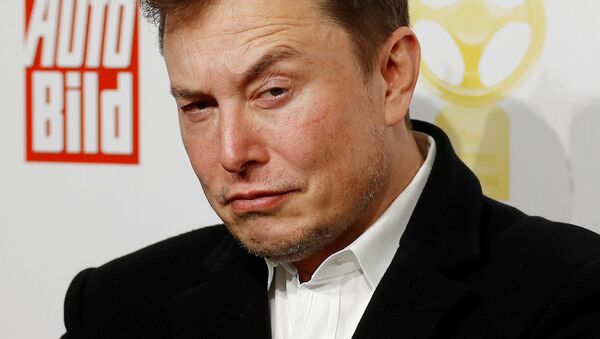 Neil deGrasse Tyson once called Elon Musk the most important person in the world leaving behind such revolutionaries as Steve Jobs, Jeff Bezos, and Mark Zuckerberg. When Musk was in hot water over his claim to take Tesla private the scientist called him the best thing the US had since Thomas Edison.

Taking to Twitter the scientist, who is also a Grammy winner and was named sexiest astrophysicist alive by People magazine, urged Musk instead to focus his resources on creating…a fictional spacecraft propulsion system called a warp drive. He signed his post: “Sincerely, Space Geeks of the World”.

When are you going to stop dallying with Mars Rockets & Hyperloops & Electric Trucks & Brain-Computer interfaces, and turn your ample resources to developing a Warp Drive?

Sincerely,
Space Geeks of the World

​The concept of a warp drive, an engine that helps spacecraft travel faster than the speed of light, first appeared in science fiction and was later popularised by the TV series Star Trek, which deGrasse Tyson adores. Musk is a fan of another cinematic saga Star Wars and it seems he's not planning to ditch his projects anytime soon.

If we create a city on Mars, Earth-Mars travel will be a powerful forcing function for inventing something like warp drive

​DeGrasse Tyson’s post prompted a flood of comments and suggestions. One user said that before taking on such complex tasks as a warp drive and space travel, space agencies must first deal with the issue of space debris.

First let’s start with a way to push space debri away from the ship. Think a rock hitting your windshield at 60mph is fun, wait till a micro meteor hits you at 186,000 MPS.
Oh and a way to prevent smearing on the bulkhead.
And a material that withstand the heat, pressure.

​Another user suggested that Neil deGrasse Tyson should team up with SpaceX and work on a jump drive, another fictional concept, which allows spacecraft to teleport to another location in a matter of seconds.

You’re the singularity expert Neil. Maybe you can help with the whole quantum-tunneling-FTL-thing. ‘Jump Drive’ by @SpaceX pic.twitter.com/WY6jn8NjHL

​And what is a debate on space travel without conspiracy theories?

We need ask all the UFO or Possible alien 👽 air apparatus that fly at Mach 5 or faster if they have suggestion or recommendations , With Gods help we can send them signals with questions and why is this topic not discussed more often in the news. It’s clear w Airforce cameras

Wow.
When are you going to acknowledge that the tech is already here NDT?https://t.co/lhsx4cwSgs

​One user asserted that the astrophysicist’s tweet was a piece of advice for Musk to concentrate on more important things and not waist time on feuds. Musk recently appeared in court and won a defamation case against him, which started after a war of words with a British caver that the engineer called a “paedo guy”.

Neil likes to have a purpose of everything he does, like a modern day Edgar Allen Poe who's tweets create a single effect. I believe he was really saying spend less time in trouble and in court and more time doing really cool stuff you are good at. Neil's way of nudging Elon.

​Musk’s company SpaceX is now working on a next-generation rocket called Starship that Musk claimed is a step forward in developing a reusable spacecraft that would simplify space travel and make it as affordable as commercial air travel. Musk’s ultimate goal with SpaceX is a mission to Mars and further colonisation of the Red Planet.

The company’s president said it plans to land Starship on the Moon in 2022 with manned flights to the Earth’s satellite planned shortly thereafter.