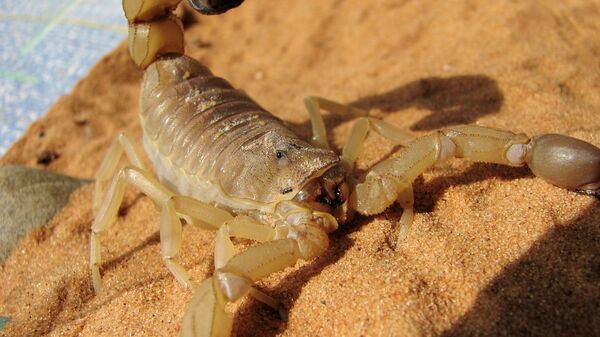 United Airlines has been experiencing issues with its flights from time to time. In late September, a passenger on one of the airline's flights recorded a video of a Boeing 737’s left engine flapping around loosely mid-flight after appearing to become detached.

A woman travelling from San Francisco to Atlanta via United Airlines ended her journey in pain after being stung by a scorpion in-flight.

According to the woman, who prefered to remain unidentified, she began to feel a stinging sensation in the air. After the pain intensified, she went to the bathroom where the scorpion dropped out of her pants and was then captured by the plane's crew.

​Upon landing, the woman was checked by paramedics, who said that she would be fine.

The airline hasn't commented on the incident yet.