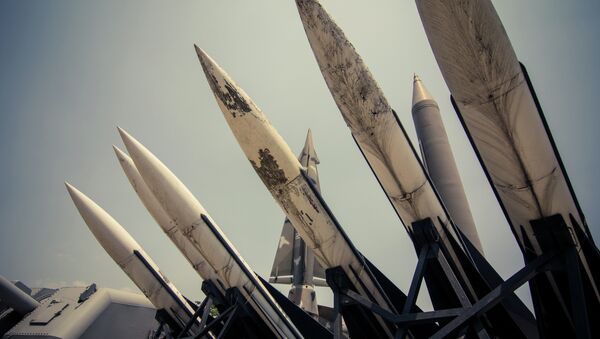 Tim Korso
All materialsWrite to the author
The nuclear status of Israel remains a secret, with the government neither denying nor confirming the rumours of it possessing operational nukes. Details about the country's missile programme have also been scarce, leaving room for speculation about the characteristics of Israeli tactical and strategic weapons.

An Israeli test of an unspecified "rocket propulsion system", which was conducted on 6 December 2019 from the Palmachim Air Base, could have been related to the development of a new nuclear-capable ballistic missile from the Jericho family, The Drive online media outlet claimed.

The outlet indicated that the country's tests of civilian space launchers and air defence missiles have far less secrecy around them than Friday’s propulsion system test, suggesting therefore that it could have been related to the development of an offensive missile. Israeli officials went into scant detail about the 6 December launch, warning only that it would take place and that the airspace had been cleared to safely conduct the test firing.

Later, a video allegedly showing the test launch of the propulsion system surfaced online. In it, the rocket is seeing leaving a noticeable white smoke trail in the sky while flying almost straight up.

Another indicative sign, according to The Drive, is the fact that the launch was conducted from the Palmachim Air Base. The latter has often been used to carry out tests for some Jericho-series missiles, which are reportedly capable of carrying nuclear warheads. The online outlet acknowledged that it doesn't have any solid proof to substantiate their inference.

The report comes hot on the heels of accusations by Iranian Minister of Foreign Affairs Javad Zarif, who said that Israel had tested "a nuke-missile, aimed at Iran". He further slammed Western countries for their lack of criticism of the Israeli missile programme, while having plenty for Iran’s.

Little is known about the Jericho-series missiles apart from several facts and inferences from the launches of Shavit-series space launch vehicles, which are based on the Jericho missiles. Israel began developing the missiles back in 1960 and has since produced at least three types, with the Jericho II serving as an intermediate range missile and the Jericho III as a nuclear-capable intercontinental ballistic missile.

There has also been a lot of ambiguity about Israel's nuclear status, with Tel Aviv neither denying nor confirming having a nuclear arsenal. At the same time, the country has repeatedly accused Iran of working on a nuclear weapons programme, albeit without providing any proof of this to the public. Tehran has denied the accusations, saying that nuclear arms contradict the teachings of Islam.