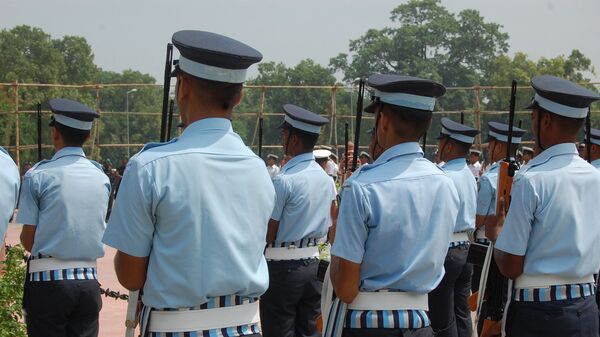 New Delhi (Sputnik): Police in Telangana have shot dead four men accused of the rape and murder of a 26-year old veterinarian while they were in custody, drawing praise from the family of the victim.

Indian police have shot dead four men suspected of raping and killing a young female veterinarian in Hyderabad last week. The men were in police detention and were taken back to the scene of the crime during Friday and police said they were shot when they tried to steal the officers' guns and escape.

After news of the killings broke, people took to the streets to hail the police. However, a law enforcement expert criticised the police's actions, adding that it was too early to say if the killings amounted to extrajudicial executions.

The killings also raised questions over the legal system in India where 117,451 rape cases, according to National Crime Records Bureau data, remain pending in courts, and the conviction rate in these cases is low at around 25 percent with victims and families having to wait for years to get justice.

Some people condemned the killings, saying it would give a rise to the use of violence in the system and raising question if instant justice was the only hope for the victims.

Former police chief and key architect of police reforms in India, Prakash Singh said: “The extra-judicial killings cannot be lauded or justified. Circumstances under which Telagana police killed them need to be investigated with adequate justification of opening fire. Even if they are able to justify it, it raises a question.”

Rape and sexual violence against women have been in focus in India since the December 2012 gang-rape and murder of a young woman on a bus in the capital, Delhi.

In 2014, the High Court of Delhi found all the defendants guilty and confirmed the death sentence for all four men. In 2017. the Supreme Court of India rejected the convicts' appeal saying they had committed "a barbaric crime" that had "shaken society's conscience," and upheld the death sentence of the four who had been charged in the murder.

A mercy plea against the death sentence is pending with the President of India.

Singh continues: “Criminal justice delivery in India is very slow, something that needs to be addressed. It needs to be made time-bound. Why the president has a say in such cases? It is nothing but a legacy of British imperialism. Our criminal justice system is dilatory. We need to make it faster. Justice V. S. Malimath had made recommendations and if they were implemented then system could have acquired some speed.”

Justice V. S. Malimath, former chief justice of the High Court of southern state of Kerala, had made recommendations to revamp the administration of criminal law, covering the entire gamut of the justice system from investigation to sentencing, from matters of policy to the nuances of criminal procedure and the law of evidence including making confessions to a senior police officer admissible as evidence, and diluting the standard of proof required for a criminal conviction.