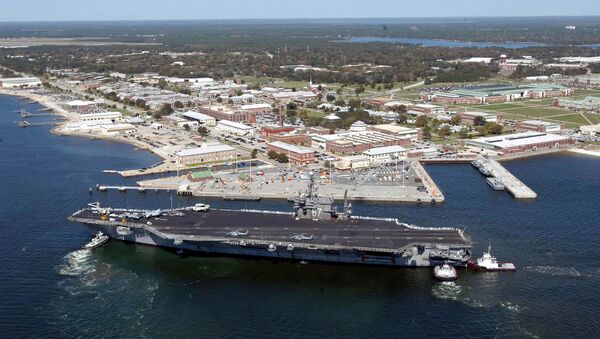 Florida Governor Ron DeSantis said earlier on Friday that he had discussed the shootings at Naval Air Station Pensacola, remarking that US President Donald Trump "reiterated his full support for our state during this tragedy".

The gunman who killed three people on Friday before being shot dead at a Naval base in the state of Florida has been identified as a Saudi national who was an aviation trainee. Local authorities have reportedly launched an investigation into the killings, probing whether the attack is linked to terrorism.

DeSantis said during a news conference later in the day that Riyadh owes a debt to victims.

"The government of Saudi Arabia needs to make things better for these victims and I think they're going to owe a debt here given this is one of their individuals", DeSantis said.

Florida Gov. Ron DeSantis on Pensacola shooting: "The government of Saudi Arabia needs to make things better for these victims, and I think they're going to owe a debt here given that this is one of their individuals." pic.twitter.com/f1bc9gLple

According to investigators, the massacre occurred in a classroom building and covered two floors. Among the injured are two police officers who confronted the shooter on the grounds of the naval aviation training installation in the town of Pensacola.

The incident comes on the heels of another deadly shooting at a US naval facility in Pearl Harbor two days ago. On Wednesday, a gunman, identified as a US sailor at the Pearl Harbor Naval Shipyard, killed two civilian workers and wounded another before turning the gun on himself.