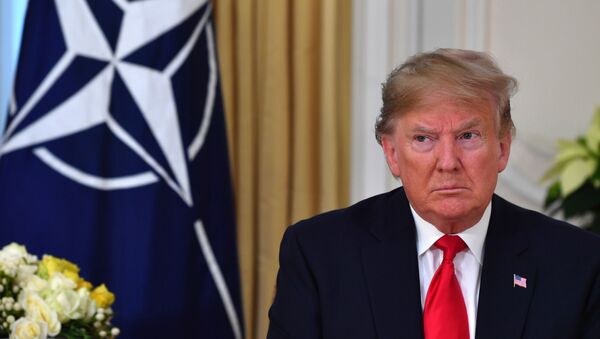 © AFP 2021 / NICHOLAS KAMM
Subscribe
Svetlana Ekimenko
All materialsWrite to the author
Since taking office, US President Donald Trump has repeatedly pressured NATO member states to increase defence spending, making it one of his signature issues, urging all members to meet their 2 percent of GDP commitment, and to ultimately aim for 4 percent.

US President Donald Trump has warned that the US could take “trade measures” against NATO countries that fall short of contributing enough to the alliance’s defence budget.

At a lunch with permanent representatives of states that are members of the UN Security Council, held on Thursday afternoon at the White House, Trump shared his impressions of the recent NATO summit in the UK and his vision for the Alliance’s future.

Addressing the diplomats, the US President said that many NATO countries are gradually approaching the level of defence spending at 2 per cent of GDP that he had long been insisting on.

“Many countries are close and getting closer to 2 percent. And some are not so close, and we can take measures related to trade. It’s not fair: they get protection from the US and don’t increase spending,” said Trump.

“You get protection in the form of the greatest military force in the world, and you don’t pay. You are defaulters.”

Referring to his recent visit to the UK for the NATO summit, where he repeatedly berated allies who failed to increase their contribution to the bloc’s defence budget, Trump said:

“So I told some people that they were defaulters. Not everyone can like it. It is impossible to say it in too courteous a way because otherwise, they will behave the same as they have for the last 15 years. Two percent - honestly, it’s not that much.”

Assessing the results of the summit as a whole, Trump called it “absolutely successful.” According to the President, NATO is in “very good shape” and US relations with other countries are “really excellent.” 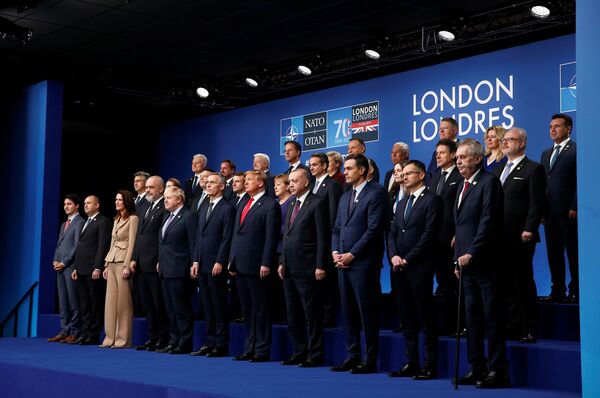 Donald Trump recently returned to Washington from London, where he participated in the summit of NATO leaders, marking the 70th anniversary of the defence alliance, held on 3-4 December.

At the gathering, the US president reiterated his earlier calls for equal “burden-sharing” by NATO's European members, and launched a scathing attack on France’s President Emmanuel Macron for his recent words about NATO's “brain death”, saying:

"That is a very nasty statement to essentially 28 countries." 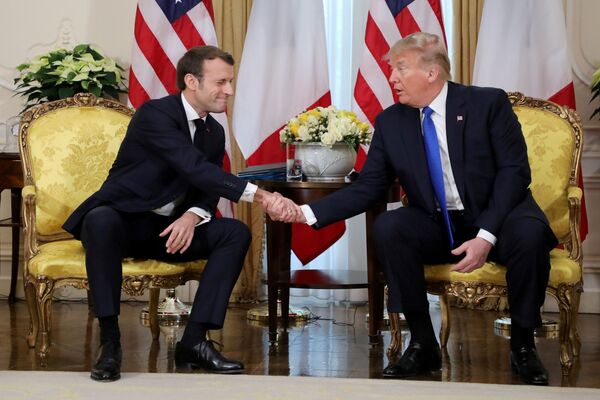 Dismissing recent signals from Germany that it was ready to do more to match the NATO target of spending two percent of national output on defence, Trump accused it and other nations which spend less than that of being "delinquent".

“Since I took office, the number of NATO allies fulfilling their obligations more than DOUBLED.”

Although only nine of the 28 NATO members currently meet or exceed the 2 per cent of their GDP guideline, several nations have aggressively expanded their defence budgets since 2014.

000000
Popular comments
Wow! How diplomatic of Trump. Go directly from political to financial blackmail, and still expect to have loyal allies! LMAO