OSCE Ministerial Council to Kick Off in Bratislava 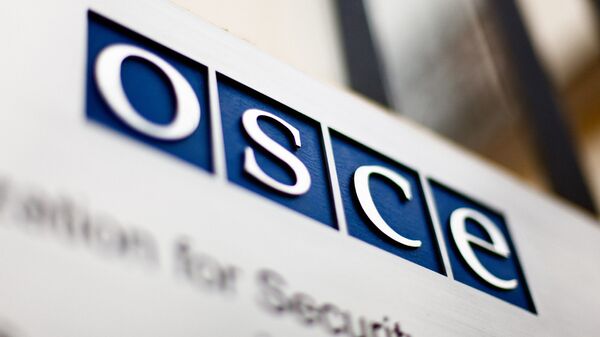 MOSCOW, December 5 (Sputnik) - The 26th Meeting of the OSCE Ministerial Council will be held in Slovakia’s capital Bratislava on December 5-6.

About 40 foreign ministers from the OSCE’s 57 member states are expected to attend the meeting hosted by the Chairperson-in-Office and Slovakia's Minister of Foreign and European Affairs Miroslav Lajcak.

The participants are expected to discuss the most pressing security challenges facing security in Europe and beyond, and chart the way forward for the OSCE’s working agenda.

Russian Federation will be represented by Foreign Minister Sergey Lavrov. On the sidelines of the meeting Lavrov is set to have a number of bilateral meetings with OSCE states foreign ministers, OSCE leadership and international organizations including new EU High Representative for Foreign Affairs and Security Policy Josep Borell.

According to the Russian Foreign Ministry, Lavrov will draw the attention of the OSCE foreign ministers to "the problem of security fragmentation in the Euro-Atlantic region" and to NATO's increasing military presence at Russia's borders.

Russia stands for enhancing the OSCE profile in the fight against terrorism, drug trafficking, organized crime, migration, challenges in cyberspace and presumes that the common strategic goal of the OSCE member states remains the implementation of the order of the 2010 summit in Astana.

The foreign ministers of Armenia, Azerbaijan, France, Russia and the United States are expected to hold a meeting on the sidelines of the meeting which may result in a joint statement on Karabakh conflict settlement.

The Ministerial Council Is the organization’s most important annual event gathering together ministers of foreign affairs of the OSCE participating countries and 11 partner states from the Mediterranean and Asia.

The current OSCE chairmanship will be taken over from Slovakia by Albania on January 1, 2020.