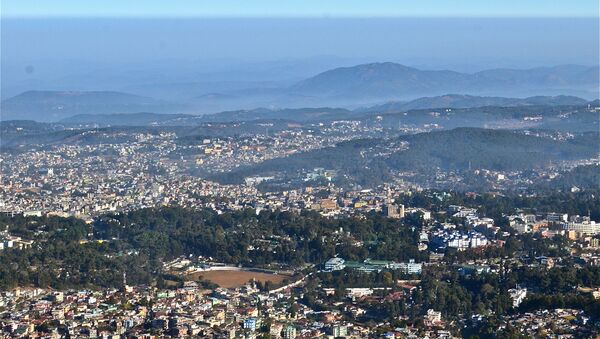 New Delhi (Sputnik): Indian is set to table a citizenship amendment bill in Parliament next week. The amendments, if cleared, will pave the way for Hindus, Christians, Sikhs, Parsis, Jains and Buddhists fleeing persecution in Pakistan, Afghanistan and Bangladesh to obtain Indian citizenship.

A prominent Students' Union in the Indian state of Meghalaya on Thursday appealed to the Indian government not to introduce the Citizenship (Amendment) Bill, 2019 in Parliament, saying it may lead to “radicalised militancy” in the northeastern parts of the country.

The request comes after the Indian Cabinet approved an amendment to the 1955 Citizenship Act.

"Garo Students’ Union (GSU) appeals to the central government not to table a dangerous bill like the Citizenship (Amendment) Bill, 2016, because it will really (serve as)  a 'cab' to ferry Bangladeshis to the North East,” GSU head Tengsak G. Momin has stated.

These students fear that the influx of immigrants, especially from Bangladesh, will increase the number of militant organisations in India’s northeast region.

“It is the neglect of the successive Indian governments and basically (due to the) influx that the northeast has seen numerous militant organisations. Let us hope and pray that the Citizenship (Amendment) Bill will not usher in more radicalised militancy in the northeast," Momin said.

The northeast region comprises seven ethnically diverse states, a few of which share a border with Bangladesh. An influx of Bangladeshi immigrants has always been an issue in the region which claims that if more immigrants enter the region, the “indigenous people of the northeast will face an existential threat”.

Accusing PM Modi's Bharatiya Janata Party of being concerned only about its agenda of creating a “Hindu Rashtra” (Hindu state), the union deemed the government unsympathetic to the plight of northeastern students.

"…after the Bangladeshisation of the Northeast, it will definitely be “Bye-bye India, Hello Bangladesh” because we will be living with so many Bangladeshis in our own land," the Students’ Union head said.

He alleged that the legislation seeks to protect illegal Hindu immigrants from other countries by persecuting the people of India from the same religion.

“The introduction of the Bill is to protect the illegal Hindu immigrants, not simply give refuge to persecuted minorities from six religions…,” he said.

Garo Students’ Union is one of the most powerful unions in the northeast region. The students’ unions across the region have, in the past, put forward a massive show of strength and unity to protest against various government policies.