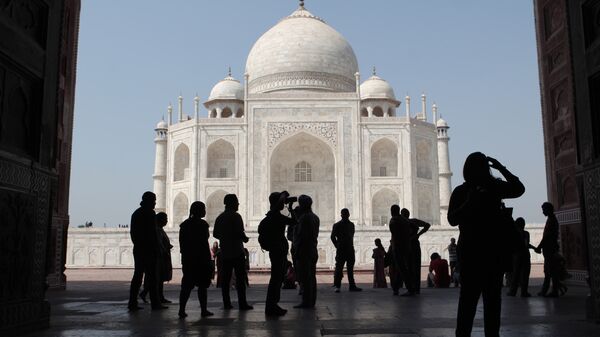 Pratibha Sharma
Sputnik correspondent
All materialsWrite to the author
The federal and state governments in India are in the process of renaming iconic public places for quite some time now. A new addition to the list is Agra city, which is home to the one of the Seven Wonders of the World - Taj Mahal.

Soon, tourists looking to visit India’s cultural marvel the Taj Mahal may no longer be able to associate it with Agra, as the State government of Uttar Pradesh is thinking of renaming the city as Agravan.

According to some media reports, over 100 cities and towns have already been renamed in the country.

What is the significance of this process, and what does the government want to achieve?

Prominent Indian historian Irfan Habib said the renaming of public heritage represents a strange understanding of the past coloured by victimhood.

“Some people define it in very communal terms. They want to undo anything that has something to do with the medieval past of India,” Habib said.

Previously, various governments, including ones led by the Bharatiya Janata Party, to which Indian Prime Minister Narendra Modi belongs, have renamed various public places across the country. Most of these places have “Islamic origins.”

“History is a partisan matter. While some like it, others don't. That does not mean you do away with your past. So you cannot explain it rationally,” the historian said. “Such things are totally politically motivated as past comes in handy to polarise communities based on caste and religion.”

However, renaming is not a new phenomenon followed only by the BJP or by Uttar Pradesh.

Under Congress' rule, cities such as Bangalore, Thiruvananthapuram and Calcutta were renamed as Bengaluru, Trivandrum, and Kolkata respectively.

In 2016, the famous IT city Gurgaon in Haryana was renamed as Gurugram after Hindu mythological sage Guru Dronacharya.

Similarly, heritage rich Allahabad, known as one of the oldest cities of the world, was renamed as Prayagraj in January.

Habib said: “The impact of renaming will not be seen today but on the future generations who will be taught this fallacious idea of past.”

Meanwhile, Syed Jamal Hussain, a former director of Archeological Survey of India (ASI) said that renaming culturally important towns and cities would harm not only country’s diverse nature but is also is a waste of public money.

“Renaming places does not lead anywhere but is definitely a waste of public money. The change would have to be made in all government records and education publications, which would lead to squandering of taxpayer's money.”

In year 2018, the Indian government approved the renaming of nearly 25 places in the country. The federal Home Ministry, including the Faizabad district in Uttar Pradesh as Ayodhya – where a land title dispute between Hindus and Muslims took place.  According to Hindu mythology, Ayodhya was the birthplace of Lord Ram.

Hussain said the money would be better spent on public welfare.

“I am an archaeologist and such policies surprise me. The money used for renaming places can be used for public welfare. The government has come up with such good projects such as like Swatchh Bharat Mission (Clean India Mission), the same money can be used in such policies,” Hussain said.