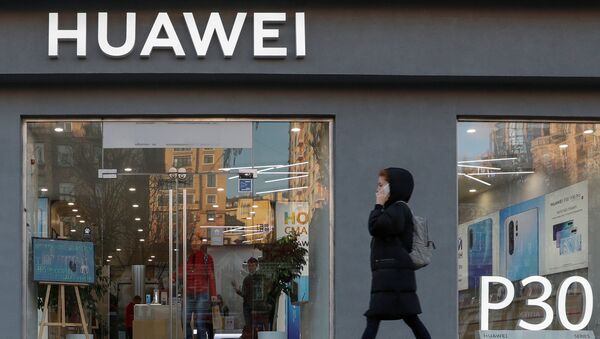 © REUTERS / Valentyn Ogirenko
Subscribe
The US Federal Communications Commission last month put restrictions on US rural carriers, which rely on Huawei to deliver internet, phone and other services. Huawei criticised the decision as unconstitutional.

Huawei has launched a legal bid to fight a decision by US regulators to shut it out of the American market.

Speaking at a press conference at Huawei headquarters in Shenzhen on Thursday, Chief Legal Officer Song Liuping said the company had filed a petition with the Fifth Circuit Court of Appeals in New Orleans to challenge the US Federal Communication Commission (FCC).

What is Huawei trying to overrule?

The commission designated Huawei and ZTE as companies targeted by this rule, claiming that they both have close ties to the Chinese government and military as well as being subject to Chinese laws requiring them to carry out espionage.

What did Huawei respond?

Huawei is now asking the Court of Appeal to overturn that decision; the company argues that that the FCC has failed to provide any evidence to back up its allegations.

“Banning a company like Huawei, just because we started in China… this does not solve any cyber security challenges,” Song Liuping said.

“If the FCC is truly worried about the security of the telecom supply chain, then they should understand this: equipment made in China by any vendor should also have the same risks.

“So not only Huawei and ZTE, but also Nokia and Ericsson, who also manufacture in China.”

In its new motion, Huawei argued that the ban violates due process and the constitution, and also goes beyond the FCC’s statutory authority.

Two of China’s leading tech firms, Huawei and ZTE, were first labelled as national security threats by a House intelligence committee in 2012. The United States, however, launched a full-on crackdown on the two companies only under Donald Trump as part of wider efforts to challenge China’s growing economic dominance.

Washington has been lobbying its allies, with mixed results, to exclude Huawei and ZTE from their national 5G mobile phone networks. In May 2018, the Trump administration banned sales of US-made parts to ZTE over accusations of violating US sanctions against North Korea and Iran.

In May this year, Huawei was also placed on the US trade blacklist. The US administration has since granted a series of reprieves to allow rural network operators to comply with the ban.

“Carriers across rural America, in small towns in Montana, Kentucky, and farms in Wyoming… they choose to work with Huawei because they respect the quality and integrity of our equipment,” Song Liuping said at the press conference.

“They also respect our services, because other equipment vendors don't care about their needs.

“These carriers are often ignored by big vendors, because there's not ‘enough money’ in rural communities.”

He said that Huawei had provided the FCC with a litany of warnings about the damage that its decision would cause to customers and businesses in remote areas, but the Commission “ignored all of them.”

Huawei already launched a similar legal action in May, seeking to overturn the trade ban.