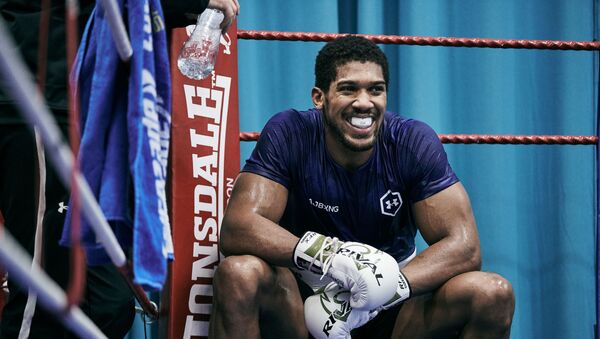 © Photo : Matchroom Boxing
Subscribe
In June, American heavyweight Andy Ruiz shocked the boxing world when he defeated Britain’s Anthony Joshua in New York to take the WBA, IBF and WBO world titles. Saudi Arabia has put up the money to host the eagerly-awaited rematch on Saturday.

Anthony Joshua described the venue for Saturday's fight - a hastily put-together arena in Diriyah, on the outskirts of Riyadh - as the "Mecca of boxing" during a final press conference on Wednesday, 4 December.

The choice of words may have offended Muslims and Las Vegas but Joshua was clearly trying to please his hosts, who have stumped up around £40 million to put on his rematch with Ruiz in the Saudi desert.

It is part of a campaign by the Saudi government, headed by Crown Prince Mohammad bin Salman, to use sport to push Saudi soft power internationally.

Im ready, are you? Retweet this and let me know if you’re with me for the rematch December 7 only on @DAZN_USA 🥊 #ClashOnTheDunes pic.twitter.com/k0XB4G3MM4

​In February the kingdom hosted a first European Tour golf event,  zand next month the famous Dakar Rally will be hosted by the Saudis and four of Spain’s top football clubs, including Barcelona and Real Madrid will come to Jeddah for the Spanish Super Cup tournament.

Boxing is another sport which has seen plenty of Saudi money thrown at it - last year Britain’s Callum Smith beat George Groves in the World Super Series final in Jeddah and earlier this year Amir Khan defeated Australia’s Billy Dib in the same city.

But the world heavyweight championship is on an altogether different scale and the “Clash on the Dunes” will be shown live on television in Britain, the United States and all over the world on Saturday night.

Clash On The Dunes 🥊

The fight may also help to improve the image of Saudi Arabia, which has been damaged after the killing of dissident journalist Jamal Khashoggi in the Saudi consulate in Istanbul. Joshua and Ruiz also said they were happy to fight in the kingdom. 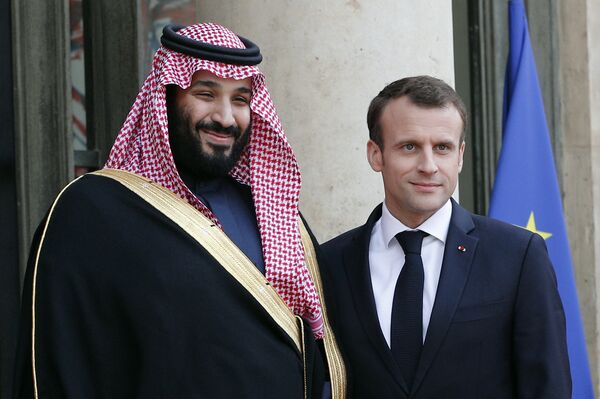 Crown Prince Mohammed, who may attend the fight, has masterminded an economic overhaul programme, called Vision 2030, which aims to make Saudi Arabia less reliant on oil. He has also relaxed rules to allow women to drive and to join the security forces.

Although Las Vegas is considered the real “Mecca of boxing”, the world heavyweight championship has a history of globe-trotting.

​In the 1970s Muhammad Ali famously beat George Foreman in Zaire (now the Democratic Republic of Congo) in the ‘Rumble in the Jungle’, after dictator Joseph Mobutu stumped up the money.

Ali also fought Joe Frazier in the Philippines in the ‘Thrilla in Manila’ while Foreman and Frazier fought in Kingston, Jamaica and Mike Tyson suffered a shocking defeat to Buster Douglas in Tokyo in 1990.

The shock loss to Ruiz was a serious blow to Joshua, 30, who was already thinking of a unification fight with WBC title holder Deontay Wilder.

Wilder is set to fight Britain’s Tyson Fury in a rematch in February and if Joshua can overcome Ruiz it could set up a mouthwatering clash between the winners next summer.

But Joshua knows he was beaten fair and square by Ruiz, who was under-estimated by many boxing pundits because of his slightly chubby appearance.

​Joshua said he was "hungry, determined and focused" and added: "I am not here to put on a show, I am here to win.”

He said: "When I regain those belts... I am going to keep calm, stay focused. It's not a time to celebrate. It's a time to keep that challenger mindset and move on to the next target."

Ruiz, who has only lost once before - to New Zealand’s Joseph Parker - said: "There's no way that I'm going to let these belts go. I am going to die trying and do anything that's possible. It's been a long journey and a long rollercoaster in my life, and now that my dream has come true I will never let this go.”

He said of Joshua: "I know he is going to come with a different game plan, I know he's prepared and I know he's motivated. I know he's lost weight and will try to box me around, but it's just may job to prevent that. I'm ready for whatever comes my way."