Was the Queen Bothered by Princess Anne for 'Failure' to Greet the Trumps? 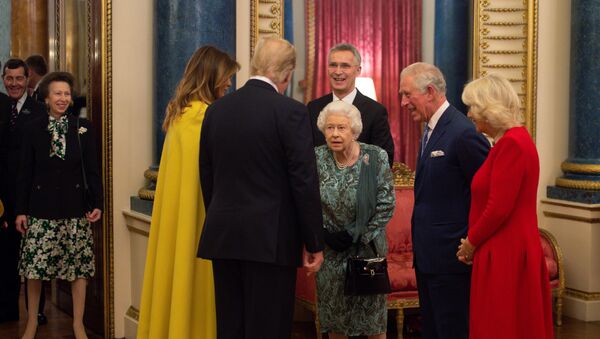 The interaction between the 93-year-old monarch and her 69-year-old daughter was caught on camera and later the video was shared and commented on by social media.

The Daily Express suggested that Princess Anne and the Queen had a silent argument during Tuesday's reception at Buckingham Palace after a video emerged online showing the monarch and her daughter exchanging some words after the arrival of the Trumps.

The video shows the monarch standing in the royal receiving line greeting heads of state together with Prince Charles and Camilla, Duchess of Cornwall, as well as NATO Secretary-General Jens Stoltenberg. After shaking hands with US President Donald Trump and his wife Melania, the Queen can be seen looking at her daughter and apparently gesturing at her as if inviting her to greet the Trumps. But Princess Anne just widened her arms in response and remained standing aside.