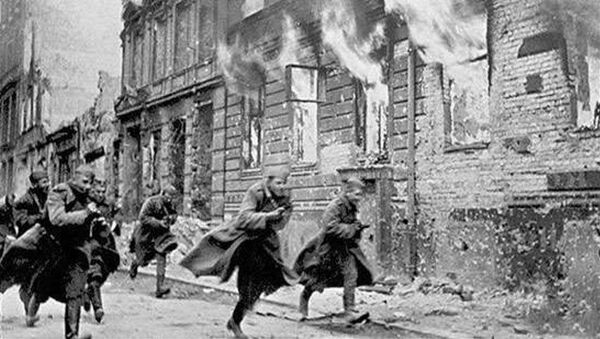 The fighting for Potsdam in April 1945 was part of the Battle of Berlin, during which the Red Army captured the city and accepted the unconditional surrender of Nazi Germany.

The remains of a Soviet soldier killed during World War II have been found near the villa of German TV presenter Gunther Jauch in Potsdam, Bild reports.

The newspaper said that the remains were discovered during construction works in the villa’s garden 30 centimetres deep underground and that the soldier’s helmet and cartridge cases were found nearby.

Bild cited Oliver Breithaupt, the head of the Brandenburg branch of the People’s Union for the Care of Military Graves, as saying that “there is no doubt about the fact” that the bones were that of a Soviet soldier.

He said that in the coming days, experts are due to examine the remains to determine the time and cause of the soldier’s death.

When the procedure is completed, “we will bury the remains”, Breithaupt said, adding that it is “echo of the heavy fighting [that took place in Potsdam] in April 1945."

At least 352,475 Soviet soldiers were killed during the fighting for Potsdam between 16 April and 8 May, which was part of the Red Army’s Berlin offensive that was followed by unconditional surrender of Nazi Germany.