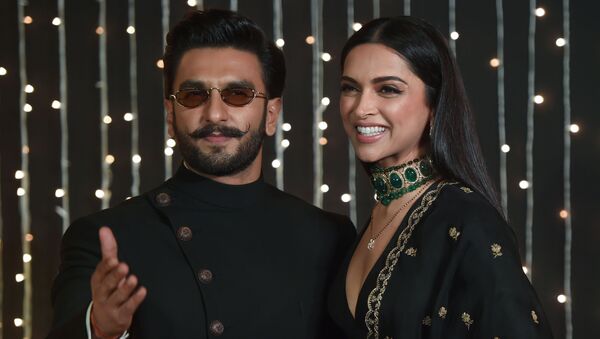 The movie, which is slated for release next year will have the 32-year old superstar taking the role of an “ordinary” man from India’s Gujarat State, who does something “extraordinary".

First Look: @RanveerOfficial as a Gujarati boy in #JayeshbhaiJordaar. Directed by Divyang Thakkar, the film talks about how judgemental society is about women. Ranveer plays an ordinary man who ends up doing something extraordinary when he’s hurled into a threatening situation! pic.twitter.com/jQHZlQgAcY

​The poster of the film shows Ranveer thinner, dressed in a colourfully stitched shirt, his hair parted sideways and sporting a moustache.

OMG!!! What a look😍
Looks like Ranveer modifies features as his films are updating😂❤
He is Totally into Gujrati Accent..#JayeshBhaiJordaar #RanveerSingh @yrf pic.twitter.com/Y0xLsGt0nq

He is going to start the next decade with a bang. 4 movies of 4 various genres with 4 completely different looks. All set to rule Bollywood. @RanveerOfficial #JayeshBhaiJordaar pic.twitter.com/6nXnbwAvHv

“Ranveer is fearless when it comes to inhabiting a role and has continued his risk taking behaviour, eschewing his looks for his character's needs.” - #JayeshBhaiJordaar Producer, Maneesh Sharma

What a look @RanveerOfficial by each & every passing movie u r surprised me & shocked me. Is there anything u can't do man? U r going to eat each & every previous Actors. Huge respect. Take a bow man 🙏♥️👌👌 Dtto look like we Gujarati #JayeshBhaiJordaar pic.twitter.com/ReYkvTNL9K

Let the part begin #JayeshBhaiJordaar !!
So proud of you , you chameleon @RanveerOfficial!!❤️😍😍
First look is amazing and so is the story you are gonna tell!
Keep up with the amazing work!!
Dec has started on a good note for me!!🙈🙈

​Ranveer started his Bollywood career back in 2010 with the movie “Band Baaja Baaraat” and in the last decade, the actor has played iconic roles in movies including Ram Leela, Bajirao-Mastani, Padmavat and Gully Boy.

Get in the zone #mondaymotivation

The actor is set to take audiences down the memory lane, with his next film, which is a  biopic based on the life of legendary Indian cricketer Kapil Dev.